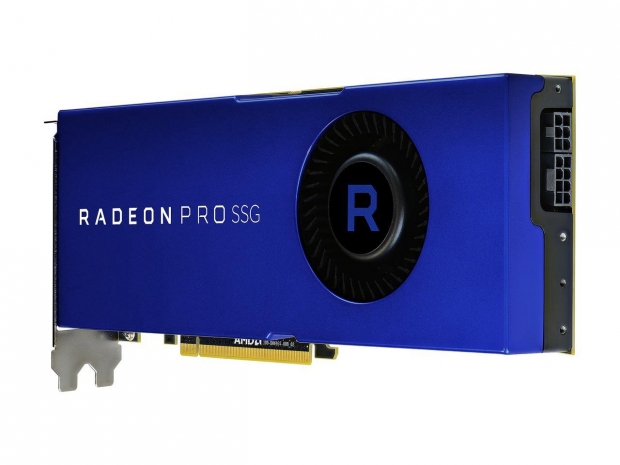 It appears that AMD has already dropped the price of their Radeon Pro SSG Card which officially began shipping today. Originally priced at $7,000, the card has now dropped over $2,000 from multiple vendors. AVA Direct currently lists the card at $4,947 (as a special order), while NextWarehouse currently offers it up at $4,864 with free shipping directly from the manufacturer. We are unsure if this price drop has been officially sanctioned by AMD, but we have reached out for comment.

Update: It seems that other sellers are coming online with even lower prices.  The lowest price that we could find is now $4598.99, which is $2,400 under MSRP.