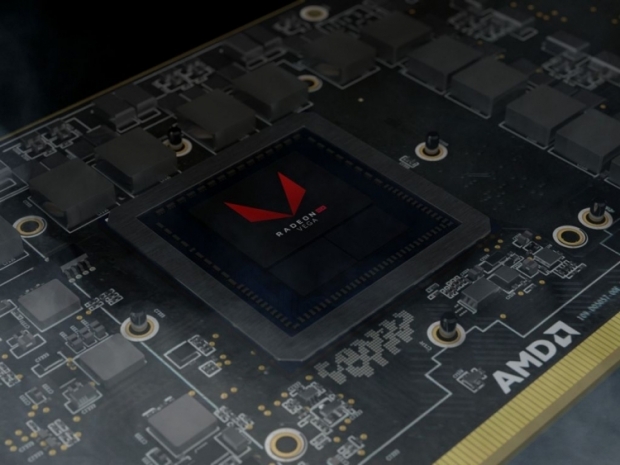 Our industry sources have confirmed to Fudzilla that AMD loses at least $100 on every Vega 64 card it sells at its $499 Suggested Etail Price (SEP).

The pricing of the HBM 2.0 memory, the packaging and substrate cost are simply too high to have a sustainable price of $499. We have mentioned this before, but Vega for AMD is not about making money. Don’t get me wrong, every company would like to make money with every product that it makes, but for AMD it is more important to win market share. First you win the market share, then you go after better ASPs (Average Selling Prices) and potentially start running a positive business.

The company made a statement that it still has the power to interest its loyal customers with a high-end part and win some higher end GPU market from Nvidia. AMD is waiting for the second HBM 2 supplier to try to get a bit more favorable HBM 2 price and Hynix is expected to start delivering its HBM 2 memory in October.

Vega 64 and 56 will definitely put a dent in the Nvidia dominated higher end GPU market. There are people who are willing to buy AMD, no matter what. Frankly the performance of Vega is enough to get a lot of people excited. The only downside of the Vega architecture is that the TDP power is too high, compared to the Geforce GTX 1070/1080 competition. Despite that, the performance and price ratio are quite balanced and are gaining a lot of sales for AMD.

The real manufacturing price or BOM (Bill of Materials) price of Vega is a well kept secret. The Vega GPU is being manufactured by GlobalFoundries (GloFo) and AMD has a sweetheart deal with this chip fab. It even has a five year wafer supply agreement with GlobalFoundries.

This is where AMD saves some cost, but it currently cannot really do much about the high HBM 2 memory prices. So when AMD lets its Etailers sell Vega at the higher prices than SEP, it is actually making some money.

The pricing leaves a bitter taste as traditionally companies are very strict in controlling that no one really goes over the board with Suggested Etail Prices. Withthe Vega 64 and now the Vega 56, the $499 and $399 prices that were served up as official and caused reviewers to draw some conclusions on them based on the pricing, were far less than what the etailers were charging for the cards.

AMD claims that all this will be over soon as they are manufacturing more cards, but one thing is certain, it is still hard to buy any Vega 64 and 56 card, and even if you get one, it will cost you an arm and a leg.

Last modified on 30 August 2017
Rate this item
(0 votes)
Tagged under
More in this category: « AMD teams up with Baidu AMD RX Vega 56 can be flashed with Vega 64 BIOS »
back to top