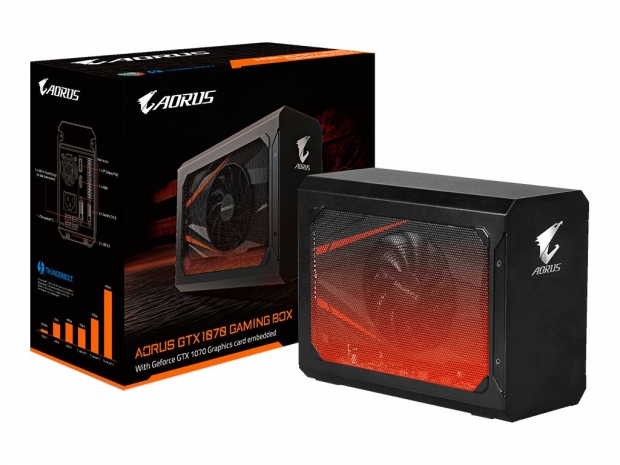 Gigabyte has lived up to its promise made at Computex 2017 show and has released its new Aorus GTX 1070 Gaming Box, an external GPU box that comes equipped with both the PSU as well as Gigabyte's own GTX 1070 graphics card.

Measuring at 211x162x96mm, the Gigabyte Aorus GTX 1070 Gaming Box is compact enough to be carried around and with Gigabyte's Geforce GTX 1070 Mini ITX 8G graphics card, it should give enough performance boost to any notebook. In case you missed it, this is Gigabyte's compact version of the GTX 1070 which works at 1531MHz GPU base and 1721MHz GPU Boost clocks in OC mode and packs 8GB of 8000MHz-clocked GDDR5 memory on a 256-bit memory interface.

Gigabyte also equipped the Gaming Box with several outputs including all the standard display outputs available on the graphics card, three standard USB 3.0 ports and a Quick Charge 3.0 and Power Delivery 3.0 port, a couple of RGB LEDs to make it shine and a Thunderbolt 3 port that connects to the notebook.

Unfortunately, Gigabyte did not reveal any details regarding the price or the availability but earlier information suggested it could go for around US $600 when it launches. 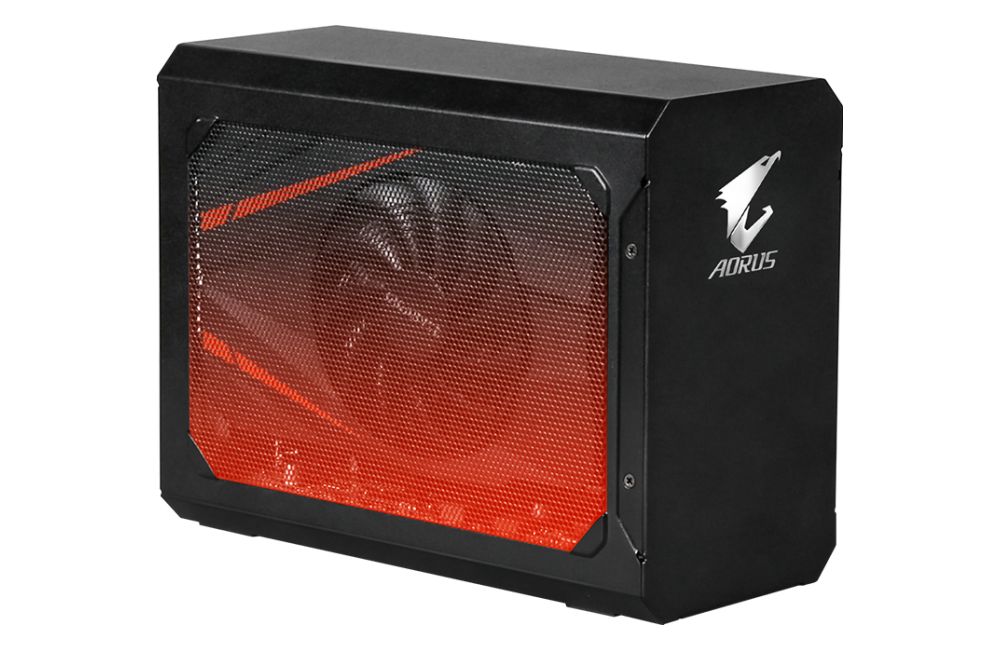 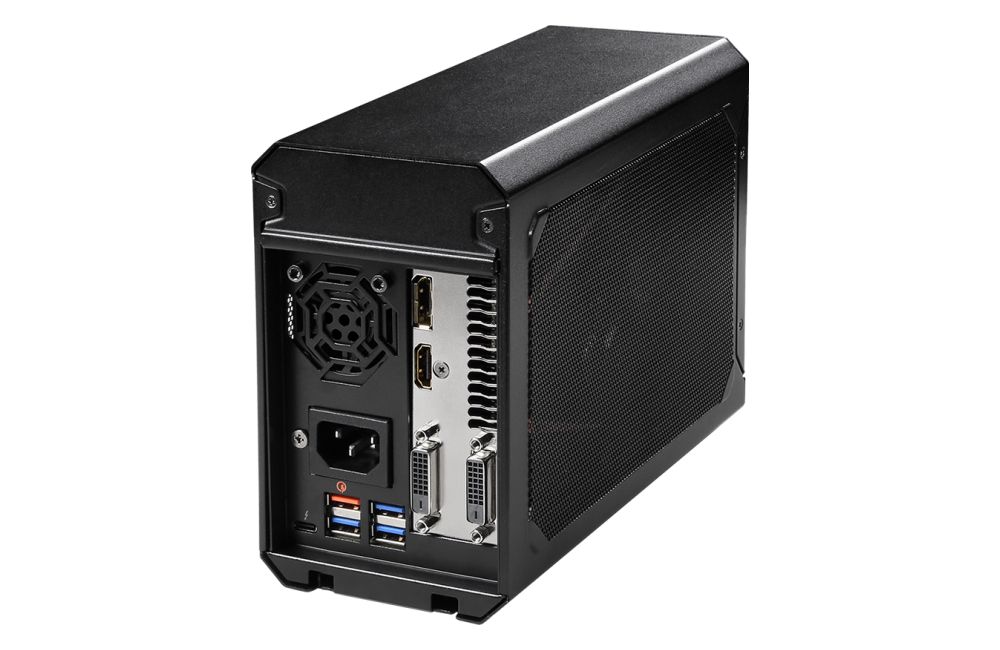 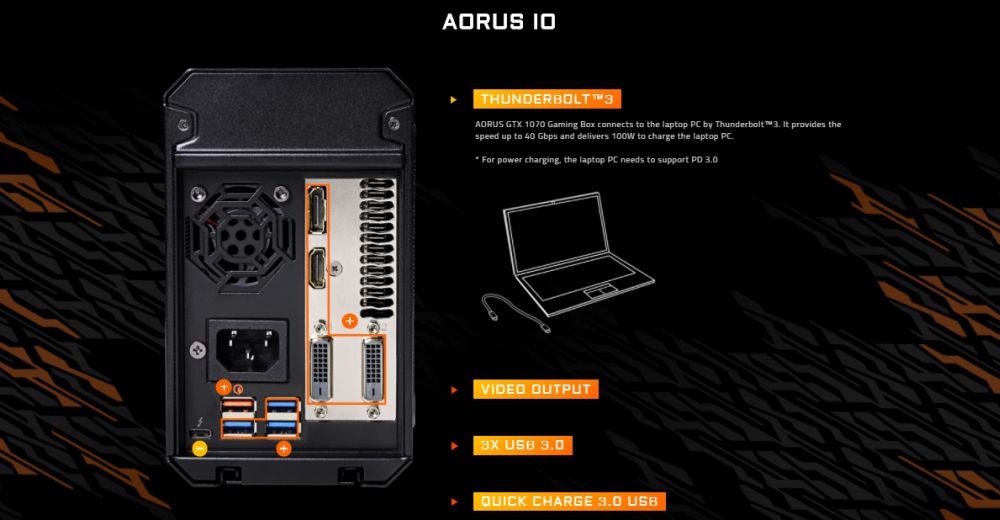