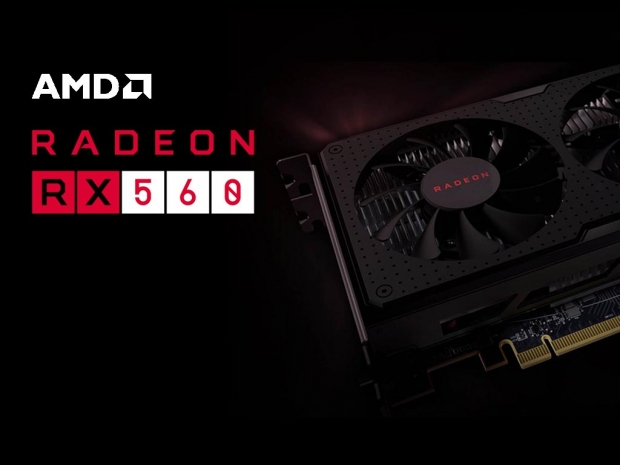 Although we knew about it for quite some time, AMD has now officially unveiled its Radeon RX 560 graphics card, which comes with a fully-enabled Polaris 11 GPU and up to 4GB of GDDR5 memory.

The Radeon RX 560 has an official launch date listed as April 18th and was actually available in some regions, mostly Asia, but has been just recently officially unveiled by AMD.

AMD set reference clocks at 1175MHz for GPU base, 1275MHz for GPU Boost while memory is set to work at 7000MHz. The TDP of the RX 560 hits 80W, which means it will need at least a single 6-pin PCIe power connector.

AMD cunningly compares the Radeon RX 560 to the R7 360, showing a performance gain of up to 2.5x in some of the latest titles, but in reality, we should see a marginal gain compared to the RX 460, about 10 percent, give or take a few percent, depending on the game and resolution. It should also be enough to put a bit more pressure on the Nvidia GTX 1050 Ti. 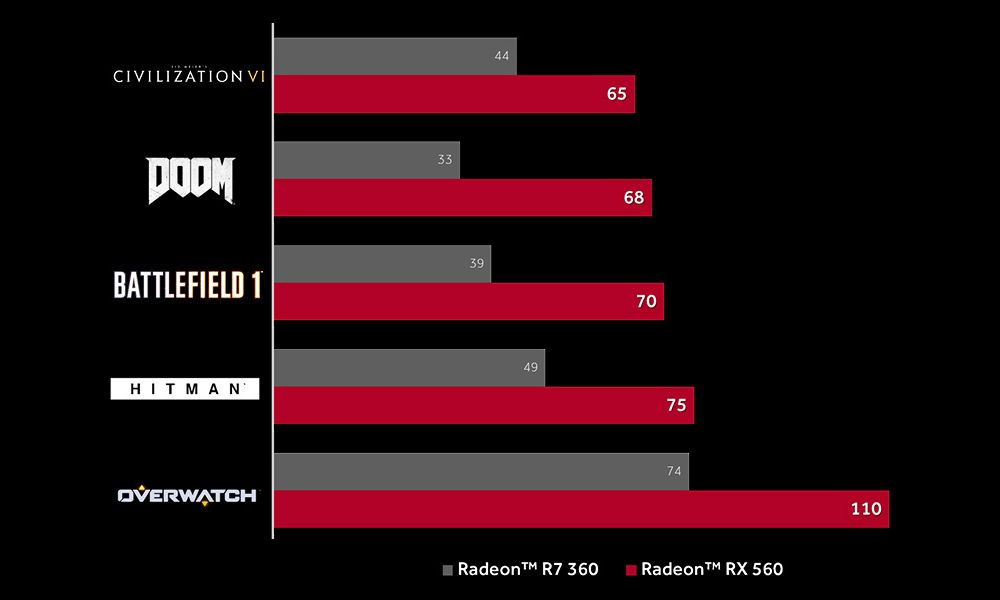 Interestingly, the Radeon RX 560 will launch with a suggest retail price of US $99.99, which is pretty much the same launch price of the Radeon RX 460, which currently sells for as low as US $79.99. Of course, most partners will launch custom versions with both 2GB and 4GB of RAM, so it does not come as a surprise that it currently starts at US $109.99 for the 2GB version and US $114.99 for the 4GB version, at least from what we currently see at Newegg.com. 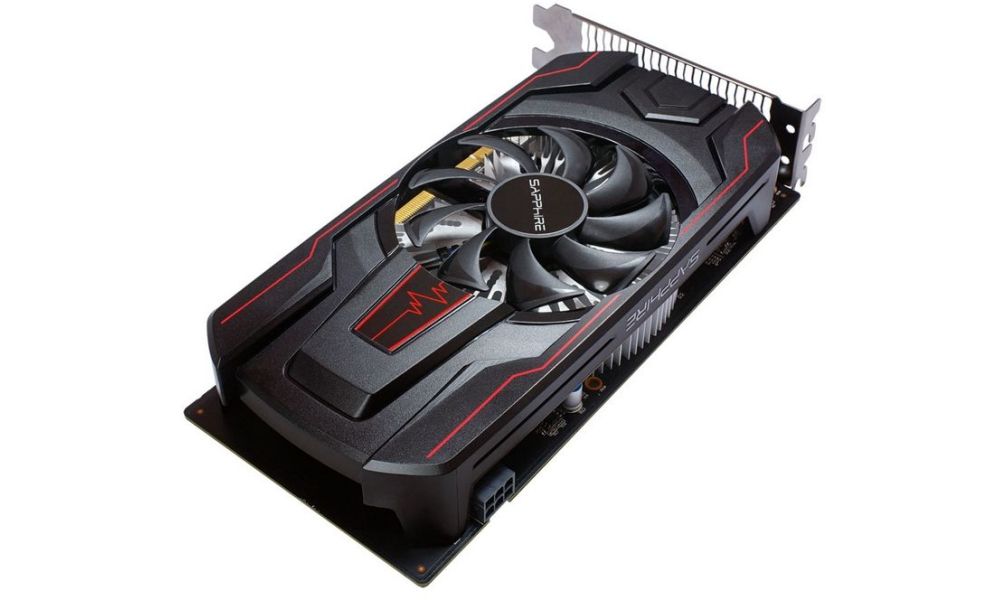 Last modified on 18 May 2017
Rate this item
(0 votes)
Tagged under
More in this category: « Daydream standalone VR by Qualcomm Khronos to merge OpenCL and Vulkan into single API »
back to top