AMD Navi GPU is based on 7nm process 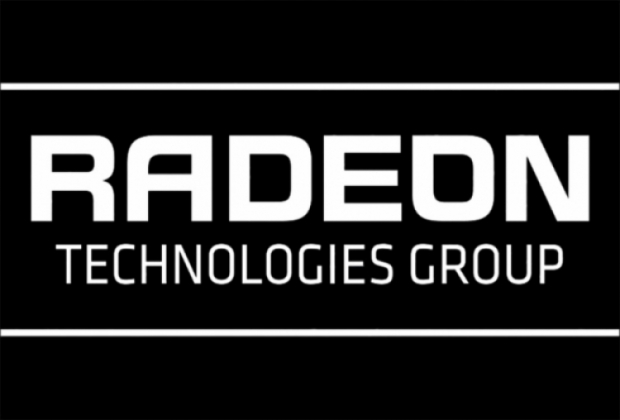 During its 2017 Financial Analyst Day, AMD revealed a bit more information about its future GPU plans. The next Navi GPU will be based on a 7nm manufacturing process.

According to a slide shown by Mark Papermaster, Senior Vice President and Chief Technology Officer at AMD, the Vega GPU, will be based on both 14nm and 14nm+ manufacturing processes. Vega will finally launch later this month, most likely at the Computex 2017 show. We will most likely see a Vega refresh sometime next year.

What is more important is that the future Navi GPU will be based on a 7nm manufacturing process. This means that AMD will have to stick with the Vega GPU at least until late next year. We probably won't see the Navi GPU before the end of 2018, since, according to GlobalFoundries, the 7nm FinFET manufacturing process will be ready for customer product design in the second half of 2017 with the ramp to risk production scheduled for early 2018.

AMD also noted that its future next-gen GPU design, which comes after Navi, will use an improved 7nm+ manufacturing process, but most likely we won't see it before 2020. 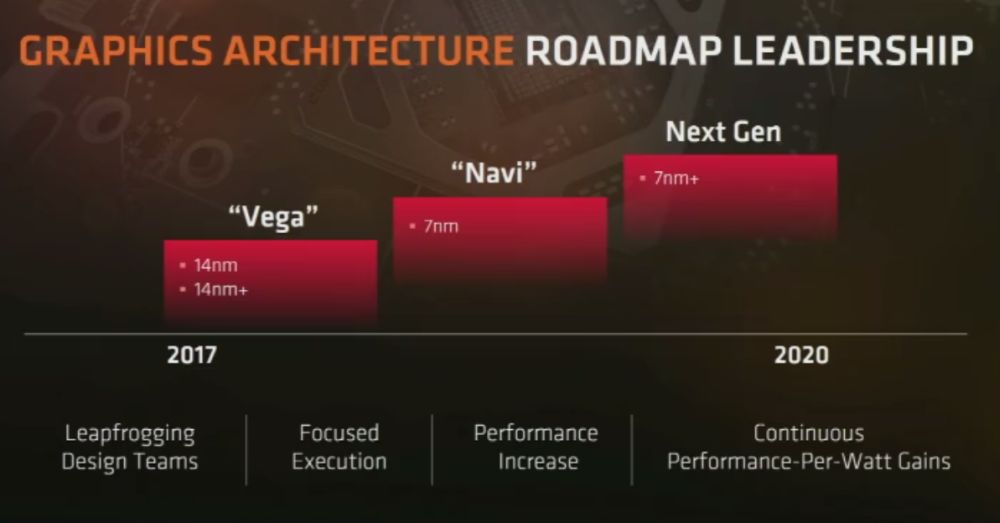 GloFo should probably be ready to churn out mass produced 7nm GPU in late 2018, at least if all goes well with the designs.

As you already know, GlobalFoundries made a decision to jump directly from 14nm to 7nm due to "marginal performance and power benefits for the high cost of the 10nm process node".

In any case, AMD has put a lot of hope in its Vega GPU which will obviously be around for a while and at a high cost and the limited supply of HBM2 memory, AMD will have a rough time competing with Nvidia in the high-end GPU market.

Last modified on 17 May 2017
Rate this item
(0 votes)
Tagged under
More in this category: « Nvidia Geforce GT 1030 comes tomorrow AMD shows off Radeon Vega Frontier Edition »
back to top