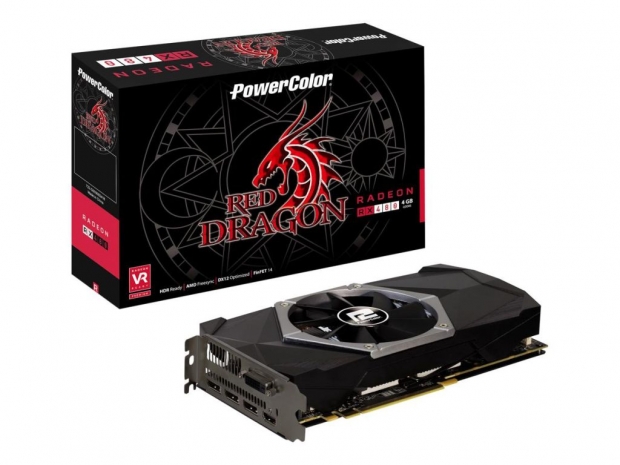 Powercolor has the goods

While checking out an offer over at Newegg.com, we stumbled on a rather neat offer of a Radeon RX 480 4GB graphics card on pre-order for US $189.99, which is actually the first time that we have seen it below AMD's MSRP of US $199.99.

While it officially launched with an MSRP of US $199.99, we can't say that we have ever seen it at that price, at least not until now. According to listings at Newegg.com, Powercolor actually has two Radeon RX 480 4GB graphics cards on offer, a vanilla one with a single center placed cooler, priced at US $189.99 and a different Red Dragon version which has a beefier dual-fan cooler, priced at US $199.99.

Of course, you'll still have to add US $4.99 for shipping but these are still the cheapest RX 480 4GB graphics cards that you can buy.

AMD has been doing quite well in the mainstream market taking advantage of its Polaris 10 GPU but Nvidia still reigns supreme in the high-end market. 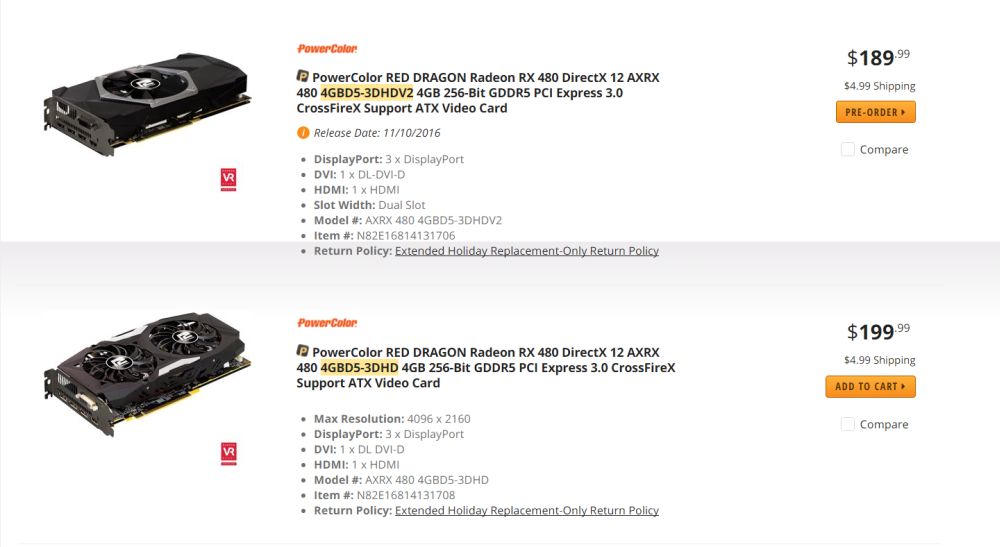 Last modified on 08 November 2016
Rate this item
(18 votes)
Tagged under
More in this category: « Nvidia makes semi-official statement regarding drivers telemetry Nvidia will clean up in its next results »
back to top