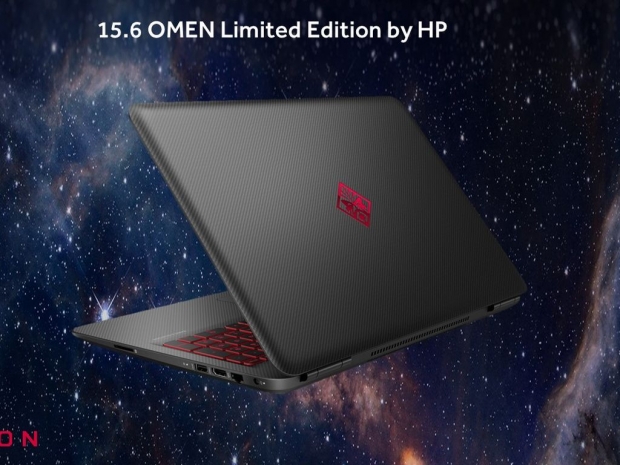 With a similar performance to desktop version

AMD has revealed a few more details about its up and coming Radeon RX 460 Notebook GPU that will appear in a recently unveiled HP 15.6-inch Omen Limited Edition notebook and offer performance similar to the desktop part.

It appears that HP will get the dibs on AMD's first Polaris-based mobile GPU that will power the recently unveiled 15.6-inch Omen Limited Edition notebook.

According to a slide posted by AMD on its Radeon site, the performance of the Radeon RX 460 Notebook will be similar to the desktop version of the Radeon RX 460, with a difference of just a few frames per second, that can also be attributed to a weaker CPU on the HP Omen notebook.

The HP 15.6-inch Omen Limited Edition notebook was powered by Intel's Core i5-6300 HQ CPU while the desktop configuration was running on Intel's Core i7-6700K.

According to the same slide, RX 460 Notebook will be able to provide an average frame rate of over 40 FPS in most games and with a reasonable amount of eye candy. Of course, you can't expect a lot from AMD's smaller Polaris 11 GPU which packs 1024 Stream Processors, 48 TMUs and 16 ROPs and comes with 2GB of GDDR5 128-bit memory clocked at 7.0GHz.

Of course, we are looking forward to a more powerful Polaris 10-based mobile GPUs that may provide even better performance. 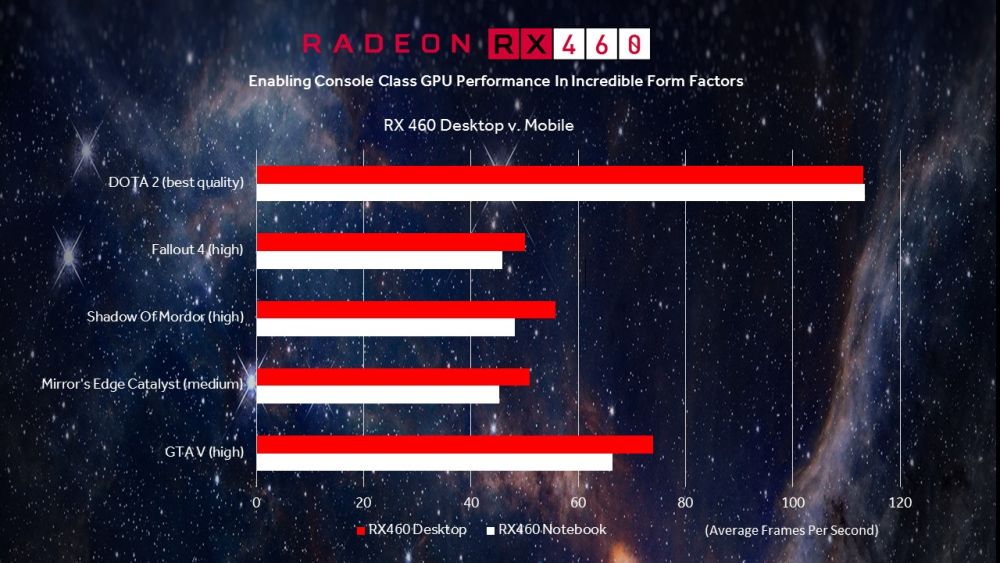 Last modified on 19 August 2016
Rate this item
(11 votes)
Tagged under
More in this category: « EVGA launches Geforce GTX 1060 3GB graphics cards MSI works on a liquid-cooled GTX 1080 »
back to top