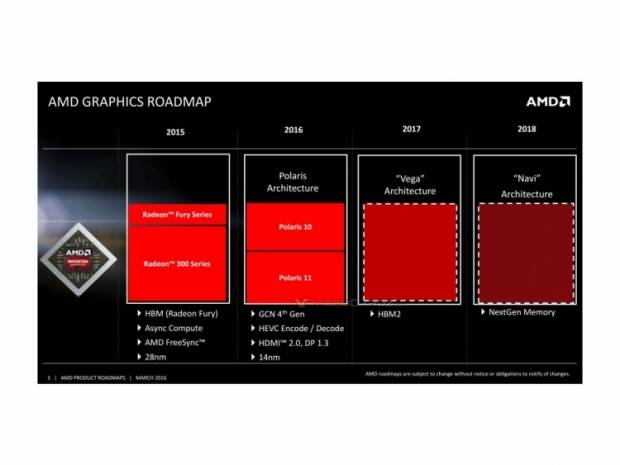 The timeframe doesn’t come as a great surprise as significant milestones have been reached. The second part of the puzzle is that Nvidia already said that its HBM 2.0 compute part, the GP100, will ship to a wider circle of customers in early 2017.

Fudzilla repeatedly claimed that there won’t be any HBM 2.0 capable GPUs in 2016 as our sources simply told us that that the memory won’t be ready for mass production. They seem to be right about this one.

It seems that they are not wrong as Polaris 10, Radeon RX 480 is using GDDR5, Nvidia’s GP104 is using the GDDR5X variation of memory. There will be a Titan version coming from Nvidia probably with GP102, larger chip. This one will use GDDR5X as far as we know and not the HBM 2.0.

We would expect that Vega uses  Polaris like GCN 4.0 cores, or slightly improved ones matching much bigger GPU core as well as the new a much faster HBM 2 memory. It could launch three quarters from now at the earliest.

Last modified on 04 July 2016
Rate this item
(18 votes)
Tagged under
More in this category: « AMD’s power problem is a problem after all AMD Polaris 10 has no disabled CUs »
back to top