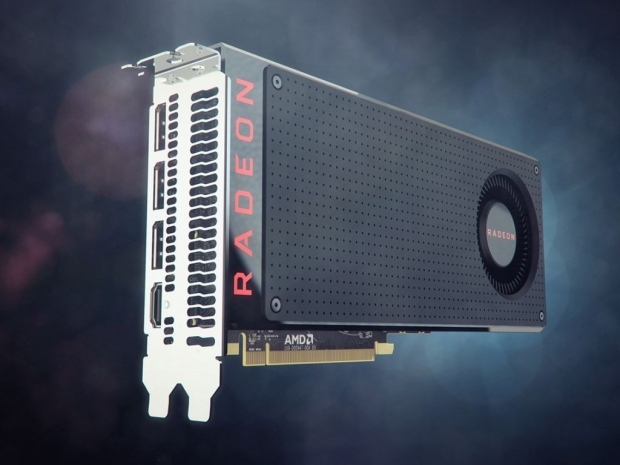 Starts the rebellion with US $199 Polaris card

AMD has officially launched its first graphics card based on the new Polaris GPU architecture and 14nm FinFET manufacturing process, the Radeon RX 480.

Based on the Polaris XT GPU, the Radeon RX 480 comes with 36 Compute Units (CUs) or a total of 2304 Stream Processors, 144 TMUs, 32 ROPs and 2M of L2 cache. These specifications are enough for Radeon RX 480 to provide 5.2-5.8 TFLOPs of compute performance which is a great performance improvement, especially considering its low 150W TDP. 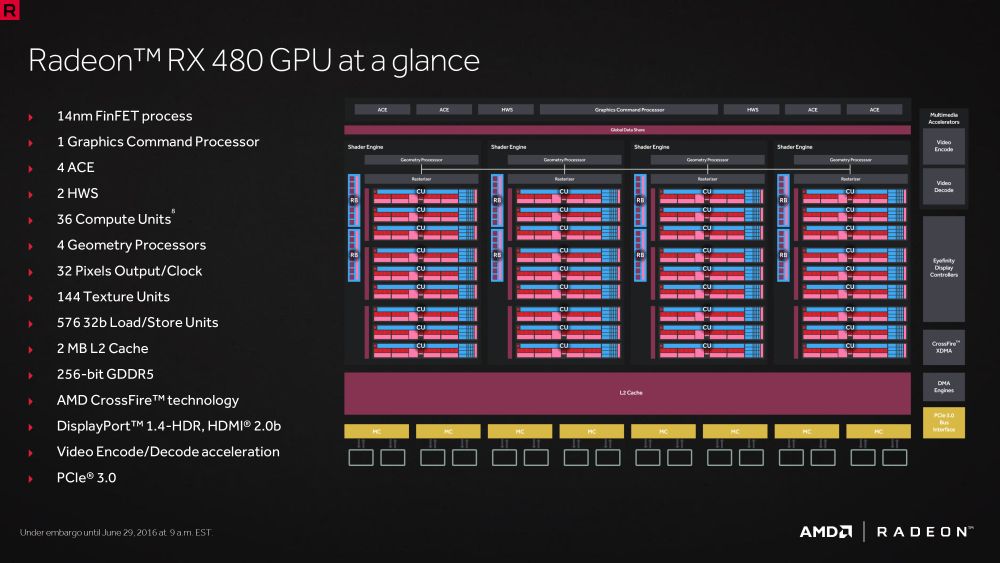 There is some confusion with the minimum memory requirements on the RX 480, as AMD decided to call it, as it gives AMD AIB partners a way to introduce RX 480 graphics cards with memory clocked at 7000MHz, so that is something we will have to watch out for.

As noted, the official TDP of the Radeon RX 480 is set at 150W and it needs a single 6-pin PCIe power connector. Reference versions come with single HDMI 2.0 and three DisplayPort 1.4 display outputs.

As announced earlier by Raja Koduri, Radeon Technologies Group chief, the reference RX 480 4GB will launch with a US $199 + VAT price tag while the 8GB version should cost US $239. AMD AIB partners are expected to launch their own versions later next month and hopefully the price won't be significantly higher.

There are plenty of reviews around and you can find a decent list below. Most reviews agree that AMD's Radeon RX 480 offers impressive performance for its price and it is currently on the top of the performance per buck list.

Performance-wise, the Radeon RX 480 fits somewhere between R9 390 and R9 390X and offers significant competition to Nvidia's Geforce GTX 970 graphics card. Of course, Nvidia's latest Pascal-based Geforce GTX 1070 and GTX 1080 are not even in the same market segment but recent rumors suggest that GTX 1060 might come sooner than expected, so AMD won't be alone on the market for long.

The reference Radeon RX 480 also suffers from a bad case of lousy reference cooler, which not only can't cope with temperatures, hitting over 30 C in idle and around 80 C under load, but it is also one of the loudest coolers around, so custom versions from AMD AIB partners will be a welcomed sight.

It also appears that AMD has a healthy supply of Radeon RX 480 graphics cards on the launch day and you should have no trouble finding it available. Most retailers/e-tailers are sticking to AMD's MSRP so 8GB version is priced at US $239.99 while we even spotted a 4GB version priced at US $199.99 on Newegg.com.

European retail/e-tail also got a healthy stock as there are plenty of 8GB Radeon RX 480 graphics cards listed and available for €269 and we have seen a couple of 4GB versions listed for €219.

The rest of AMD's Polaris lineup will probably launch later next month and these will have a significant impact on the mid-range and entry-level market while high-end will still be reserved for Nvidia's Pascal GPU lineup. You can check out a couple of links to RX 480 reviews below. 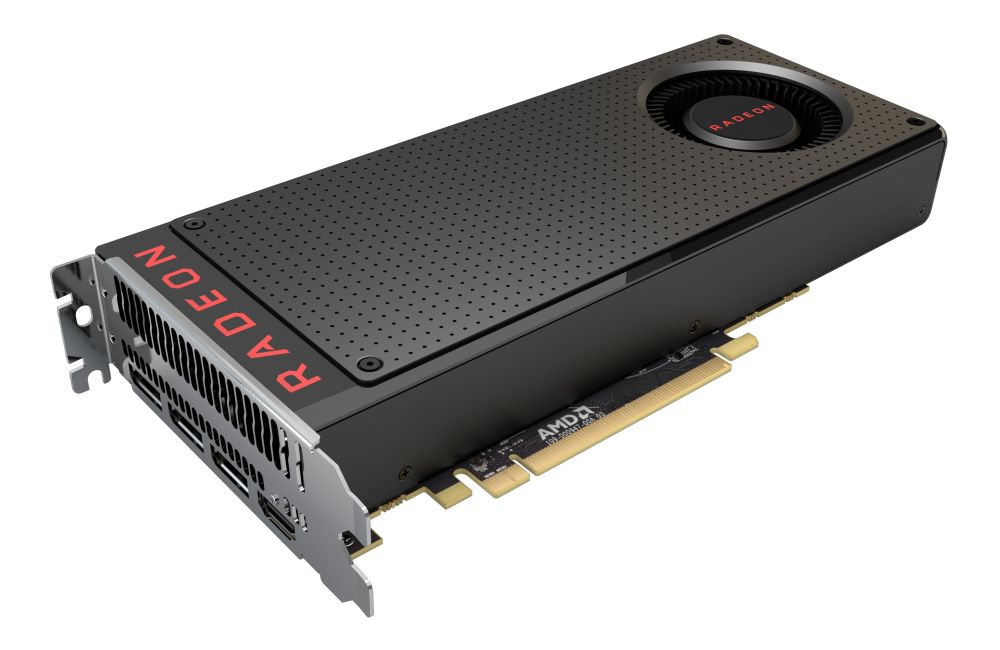 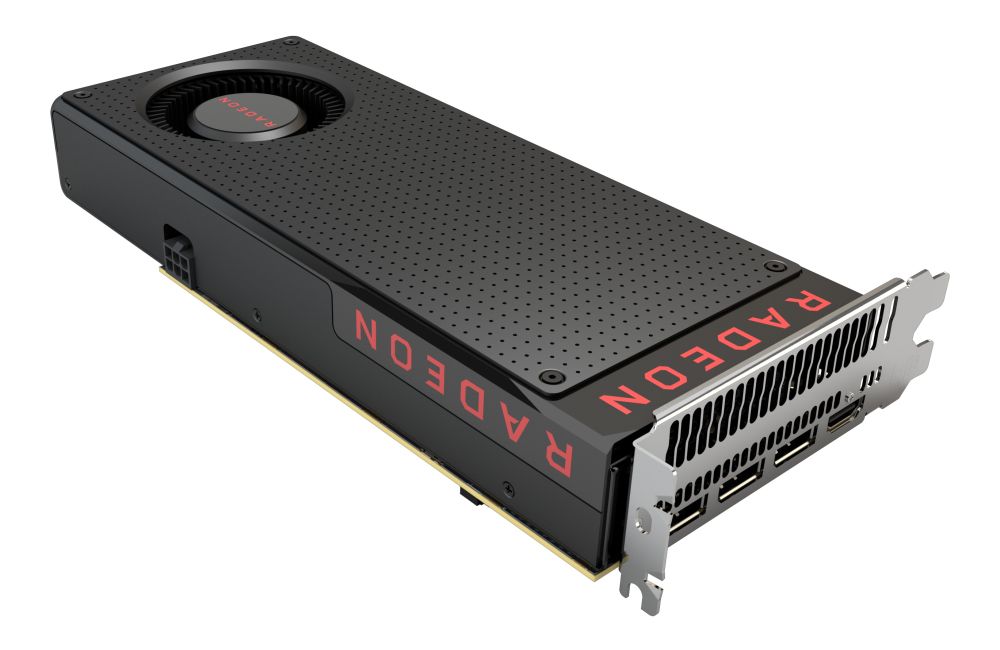 Last modified on 29 June 2016
Rate this item
(19 votes)
Tagged under
More in this category: « RX 480 graphics cards listed briefly on Amazon.co.uk Russian boffins love their Nvidia GPUs »
back to top