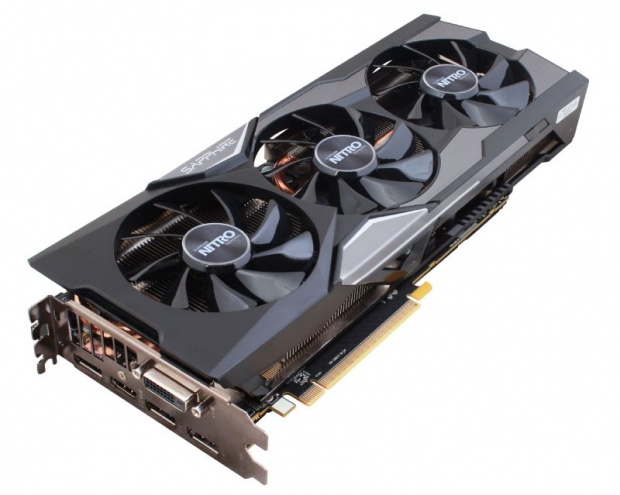 Sapphire has released a new graphics card based upon AMD's R9 Fury and claims that it has been tuned for the "the highest possible performance, quiet operation and exceptional overclocking capabilities" of any card based upon this GPU.

Dubbed the Sapphire Nitro R9 Fury the card uses Sapphire's flagship  Tri-X semi-passive triple fan design to keep its cool.  It has a 5 per cent GPU overclock of 1050MHz out of the box.Sapphire claims that the 500MHz HBM memory, with 512GB/s bandwidth needs no tweaking.

Apart from that the Nitro R9 Fury is similar to Sapphire's longer non-reference PCB.  It has a backplate for protection and improved cooling efficiency.

Sapphire's Tri-X cooler looks to be the star of the show. Its triple 90mm fans are controlled by Sapphire's second generation Intelligent Fan Control technology, or IFC II. All the fans can turn off when not required, and switch on one by one as you need them.

Writing in its own blog, Sapphire said it tested the Nitro both for noise levels and overclocking, against an Nvidia GeForce GTX 980. Sapphire found it could OC its sample's GPU to 1200MHz via its own TriXX utility. The HBM memory could be clocked up to 550MHz.

Sapphire thought that the GeForce has a slight advantage at 1080p but as the gaming resolutions were raised to 1440p and beyond the Nitro showed "its true potential," and jumped ahead of the Nvidia card..

Sapphire's Nitro R9 Fury graphics card is available immediately and is on New Egg for $509.