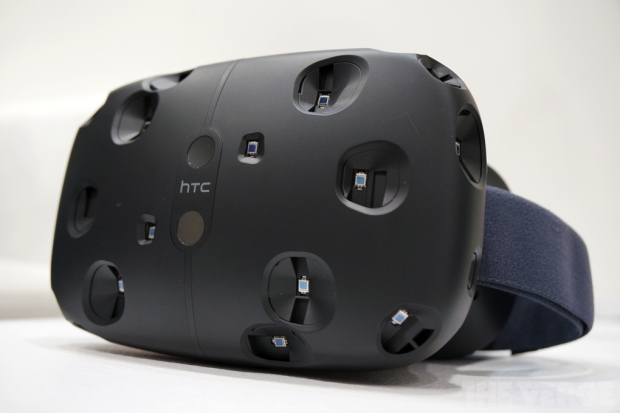 HTC received some attention for its new wireless controllers for its HTC Vive headset at San Diego Comic-Con 2015 and it appears that they will be in the shops in mid-October.

HTC executive director of marketing Jeffrey Gattis told TechRadar  that the final, finished, consumer-ready Vive VR product was being targeted for mid-October. So far the event details and venue have not been finalised.

Gattis said that the hardware development, for the consumer versions of both the HMD and wireless controllers, remain on schedule, which at this point means it is pretty much ready to beat everyone else onto the market.

The final build would be "more refined from a design standpoint" and more stylish, less bulky and lighter.

Gattis said that HTC was committed to what we said at our keynote in Barcelona back in March, that is, the first consumer units will be on sale and in the hands of customers before the end of this year.

Meanwhile the HTC tour van, which will be touring around the US and Europe over the next few months to show off the technology.

Rate this item
(1 Vote)
Tagged under
More in this category: « Samsung gearing up for 11k resolution PowerColor announces Radeon R9 Fury »
back to top