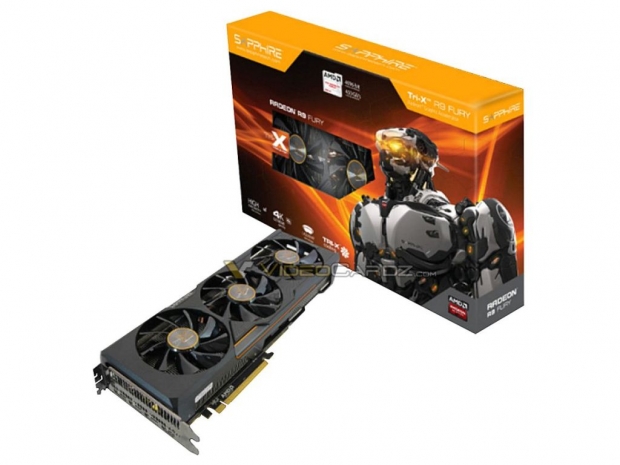 The slides released alongside pictures of the Sapphire Radeon R9 Fury Tri-X also confirm that the Radeon R9 Fury will pack 56 Compute Units, or 3584 Stream Processors, as well as 4GB of High Bandwidth Memory clocked at 500MHz, something that we wrote about earlier.

According to the report and judging by the leaked pictures, it appears that Sapphire's Radeon R9 Fury will use the same reference PCB as the Fury X (board number C880) and also need two 8-pin PCI-Express power connectors as well as feature the GPU LED load indicator.

According to the leaked slides, in addition to the Sapphire Tri-X cooler, the new Sapphire Radeon R9 Fury will also come with "an enhanched 6-phase power design for GPU VDDC" and also include a backplate. As you can see from the picture below, R9 Fury is still based on the same short PCB and looks quite strange with a large triple-fan Tri-X cooler which extends over the PCB.

As reported earlier, AMD Radeon R9 Fury is expected to launch on 14th of July and you can expect plenty of custom graphics cards from usual AMD AIB partners. 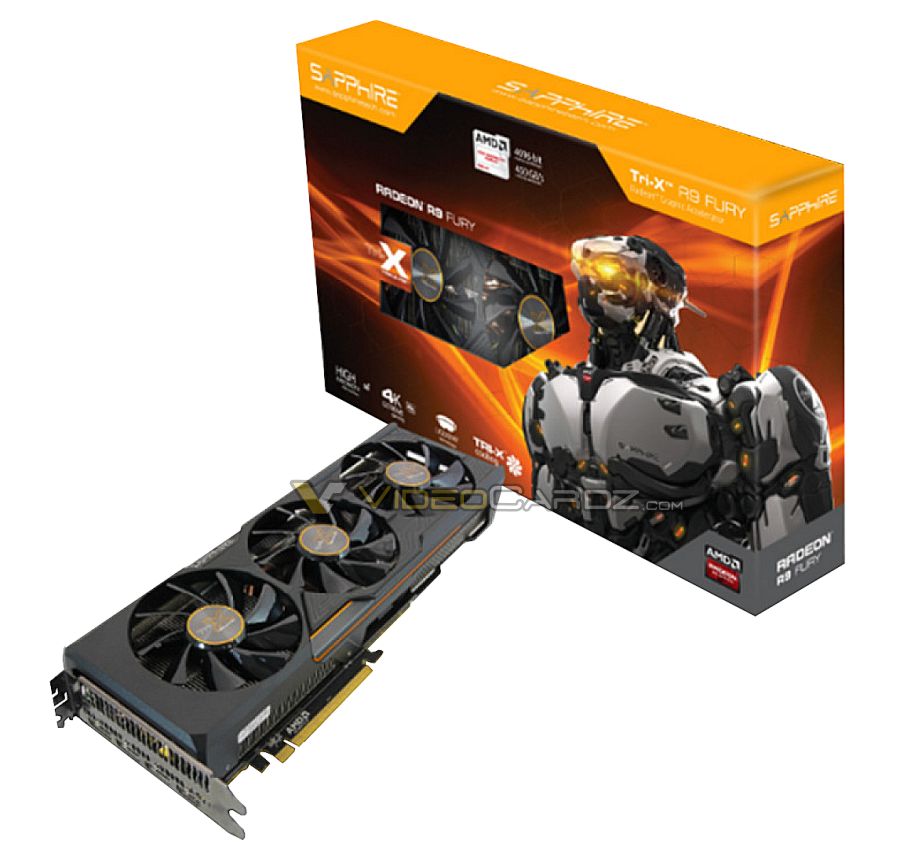 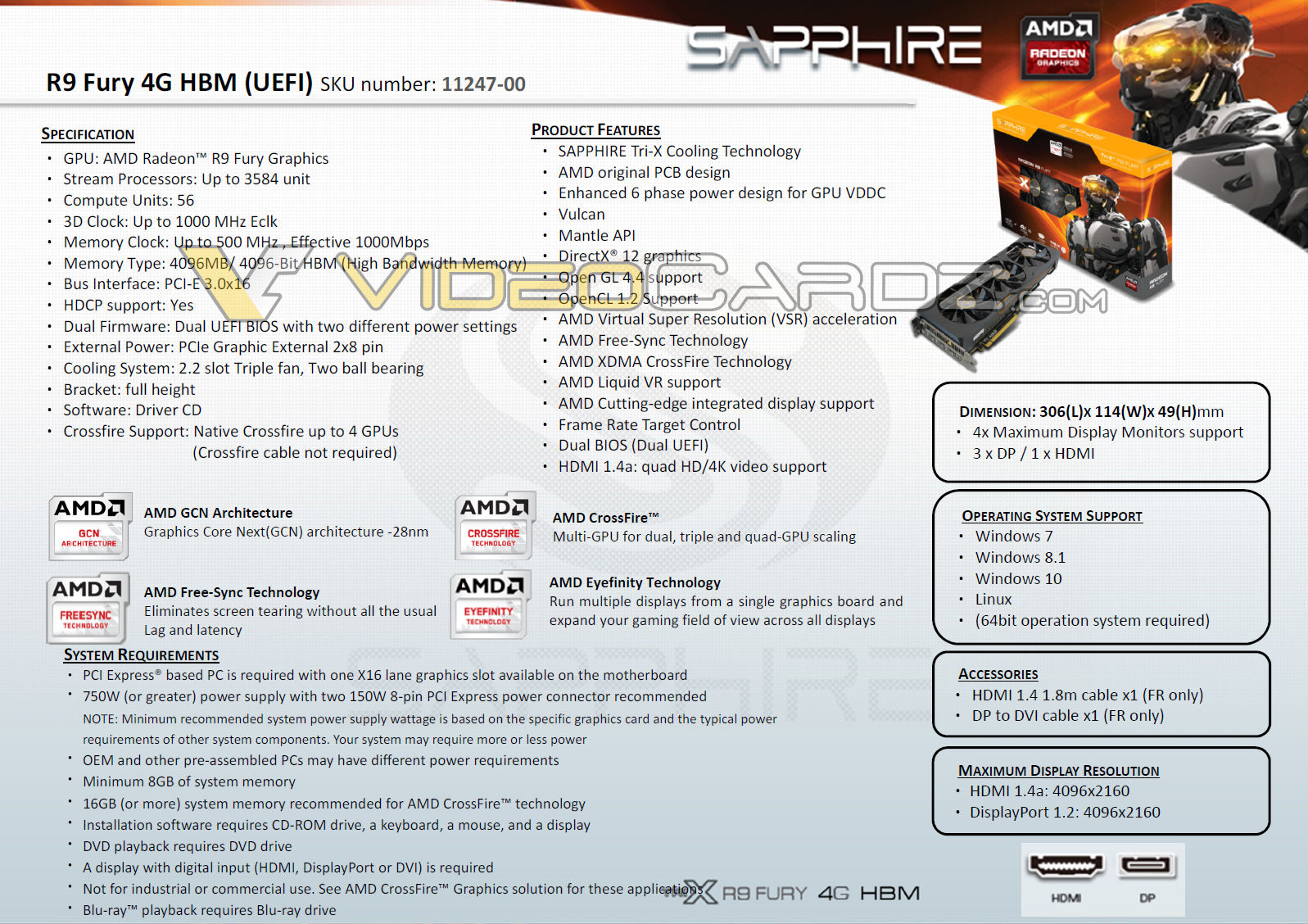 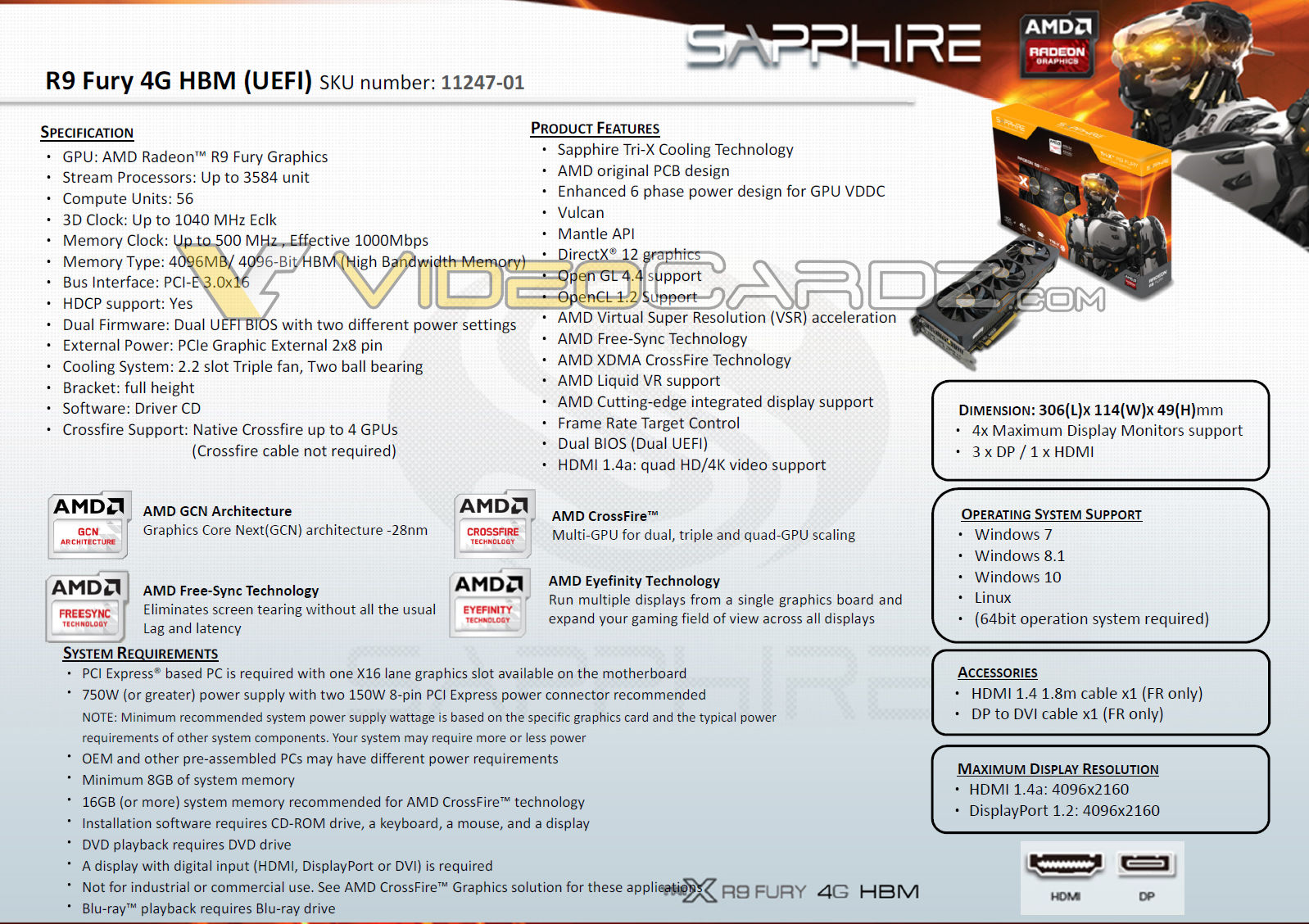