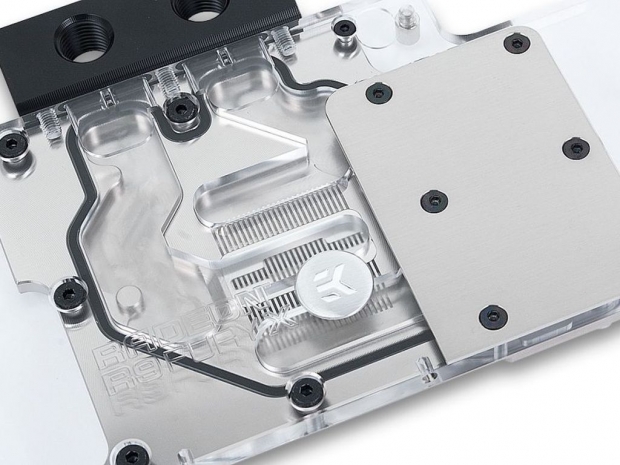 Based on a full-cover design, the EK-FC R9 Fury X water block directly cools both the GPU package, which now includes the Fiji GPU and the 4GB of High Bandwidth Memory, and the VRM part of the Fury X graphics card. It is also based on EKWB's unique central inlet split-flow cooling engine which allows the block to be used with liquid cooling systems with weaker water pumps as well as with reversed flow systems.

As seen back when it was teased, the EK-FC R9 Fury X water block actually turns the AMD Radeon R9 Fury X into a single-slot graphics card. The base of the EK-FC R9 Fury X water block is made of electrolytic copper in bare- or nickel-plated form, depending on the version, while the top of the block is made either of acrylic or POM Acetal, also depending on the version. The acrylic versions also come with pre-drilled 3mm slots for LED diodes. 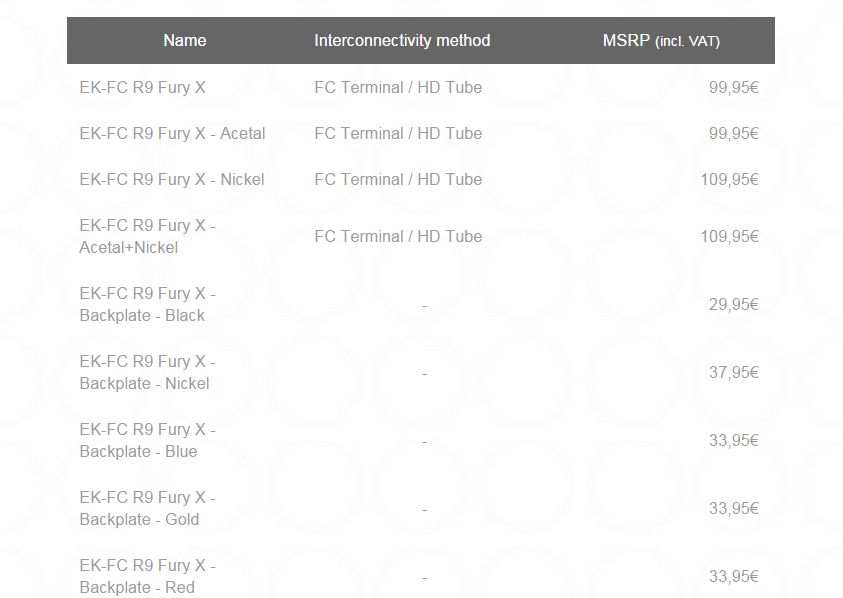 EK Water Blocks also offer an optional backplate that goes with the block which will be available in five different colors, Black, Nickel, Blue, Gold and Red, priced between €29,95 and €37,95.

As always, the EK-FC R9 Fury X water block is included in EKWB's Cooling Configurator and is already available at EK Webshop and its Partner Reseller Network. 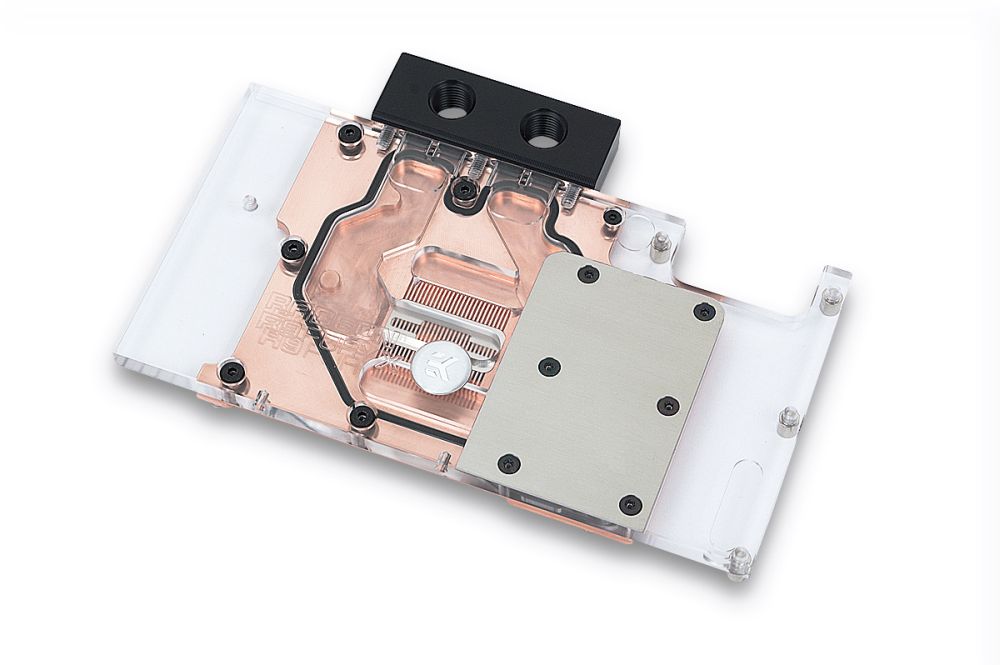 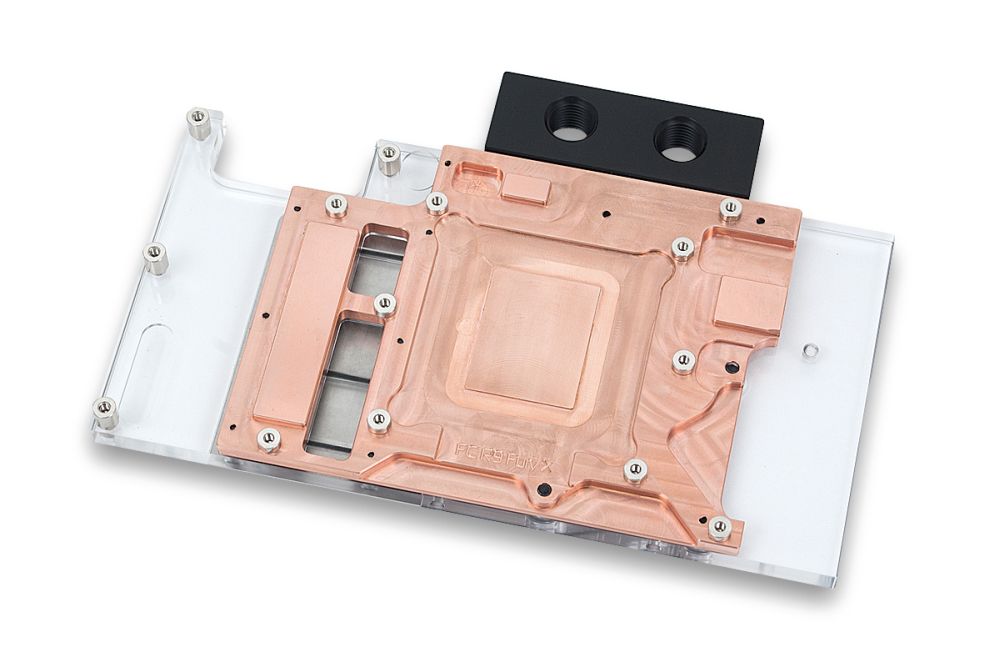 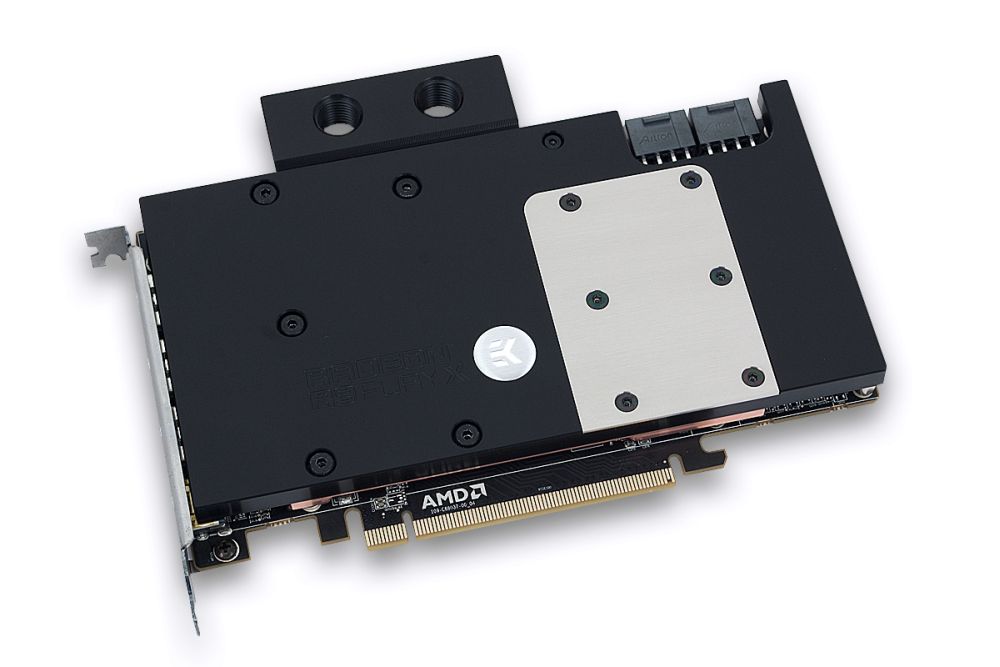 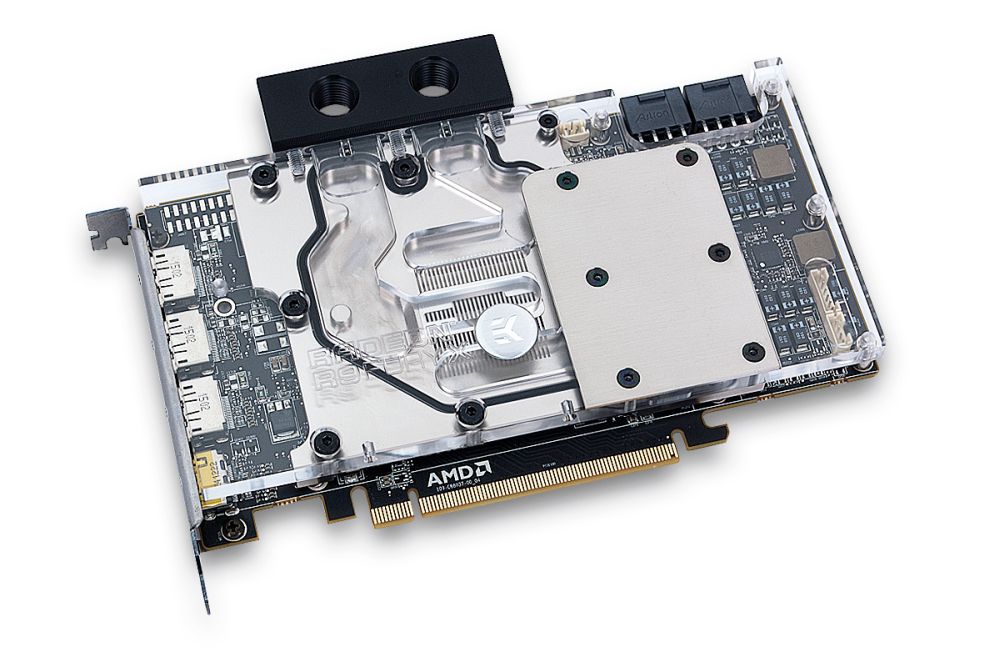