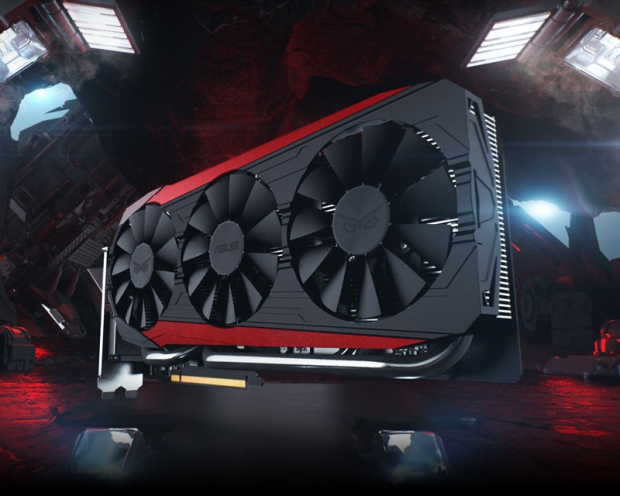 AMD's partners have released their cards based on its Radeon 300 Series of graphics cards.

While the Radeon 300 Series is pretty much a tweaked rebrands its big name partners have gone to town.

ASUS has released a pair of STRIX gaming graphics cards based upon the AMD R9 390 and 390X. STRIX is quiet and cool when it is not under pressure and ASUS claims that its Strix AMD R9 390 and 390X will run 30 per cent cooler with its DirectCU III technology. Light gaming fans should find that everything is silent.

MSI put out a full range of nine graphics cards based around the AMD 300 series. It is using its Twin Frozr V to make its cards cooler and quieter. Some of the releases have been set up for MSI's GAMING range including the R9 390X GAMING 8G and R9 390 GAMING 8G cards which are equipped with 8GB of VRAM. They are shipping with a metal backplate.

Sapphire is using its Tri-X and Dual-X cooling technologies on its Radeon 300 series. The top of the range model is the Tri-X R9 390X has dual ball bearings in each of the three fans paired with enhanced Intelligent Fan Control (IFC-II) which turns off the fans completely for silent mode.

PowerColor also announced a Radeon 300 series of cards were also announced yesterday. The firm has branded all its new cards as PCS+. The PCS+ R9 390X/390 offers a digital PWM fan cooler plus mute fan technology, an 8 phase (6+1+1) board design and a pure copper GPU cooling block connected to three 6mm heat pipes and one 8mm heat pipe.

Gigabyte has a top of the range R9 390X G1 card with a Windforce cooling system and a 0dB Semi-Passive Dual 90mm fan configuration. There is a Super Over Clock but since it is just 10MHz faster than reference it is probably not worth bothering about.