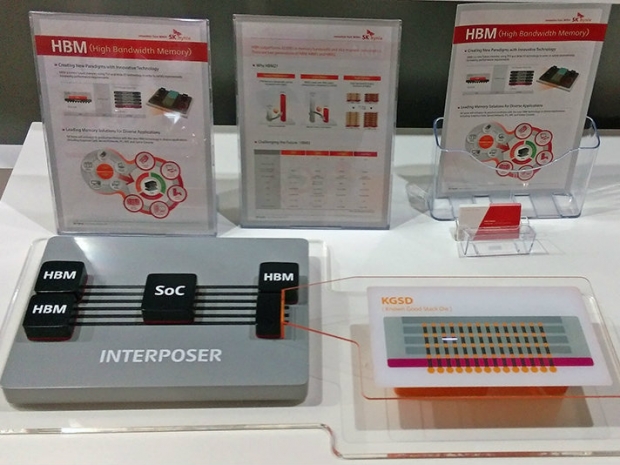 A modern high end graphics card tends to be quite big. It usually needs two slots for the cooler and is between 280 and 300 mm in the length.

The reason behind this is quite simple. The GPU sits on a piece of silicon called the interposer and is surrounded by the HBM1 memory chips. Traditionally, a high end card such as a Radeon R9 290X has eight to sixteen GDDR5 chips on the front and the back of the card, and Fiji XT will have to rely on four chips per GPU.

This enables engineers to make much smaller PCB and much more compact graphics card. Our industry sources are claiming that the card will be as big as an average mainstream card, but we don’t have any exact figures at this time.

Currently, AMD's plan is to launch the card in June, but not at Computex. There is a gaming event just days after called E3 in Los Angeles, and we would not be surprised to see AMD making the big announcement there. Maybe they will even show a Fiji VR at the show, as we know that both HTC Re Vive and Oculus have been testing Fiji VR with their glasses.

Last modified on 29 April 2015
Rate this item
(17 votes)
Tagged under
More in this category: « Acer announces first curved monitor with Nvidia G-Sync AMD mobile APUs bets on 14nm in 2016 »
back to top