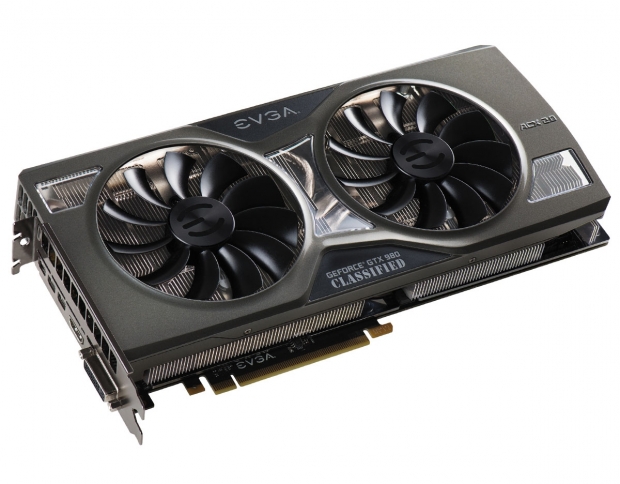 Although we knew it was coming and saw it in action during CES 2015 show in Las Vegas last month, EVGA has finally announced and launched the new EVGA GTX 980 K|NGP|N Edition graphics card.

When we saw the GTX 980 K|NGP|N Edition graphics card , we knew that this one will pack some impressive  features and a high-end custom PCB, but we were lacking the precise specifications and full feature list.

The feature and specification list of the new EVGA GTX 980 K|NGP|N Edition starts with a 12-layer custom PCB that features a 14+3-phase Fully Digital VRM, drawing power from two 8-pin and one 6-pin PCI-Express power connector.  This was why Kingpin managed to hit some insane overclocking results under LN2, pushing it all the way up to 2.2GHz for the GPU and 8.9GHz for the memory. While it is obvious that the GTX 980 K|NGP|N Edition is made for extreme overclocking, EVGA included some features that will appeal to those buyers looking for the best GTX 980 on the market, including the ACX 2.0+ cooler as well as a high-factory overclock.

As noted, the EVGA GTX 980 K|NGP|N Edition features the new ACX 2.0+ cooler with metal shroud and double ball bearing dual fans that do not spin unless the temeperature exceedes 60 degrees. The cooler comes with Straight HeatPipes (SHP) as well as Memory MOSFET cooling plate (MMCP+), and to keep the premium look on the entire graphics card, EVGA equipped it with a rather neat backplate.

It packs some other high-end features like Quick Switch Triple (QST) BIOS, Onboard Thermal Sensors (OTS), customisable lighting, single-slot ready display output configuration which makes it suitable for a liquid cooling block and much more. 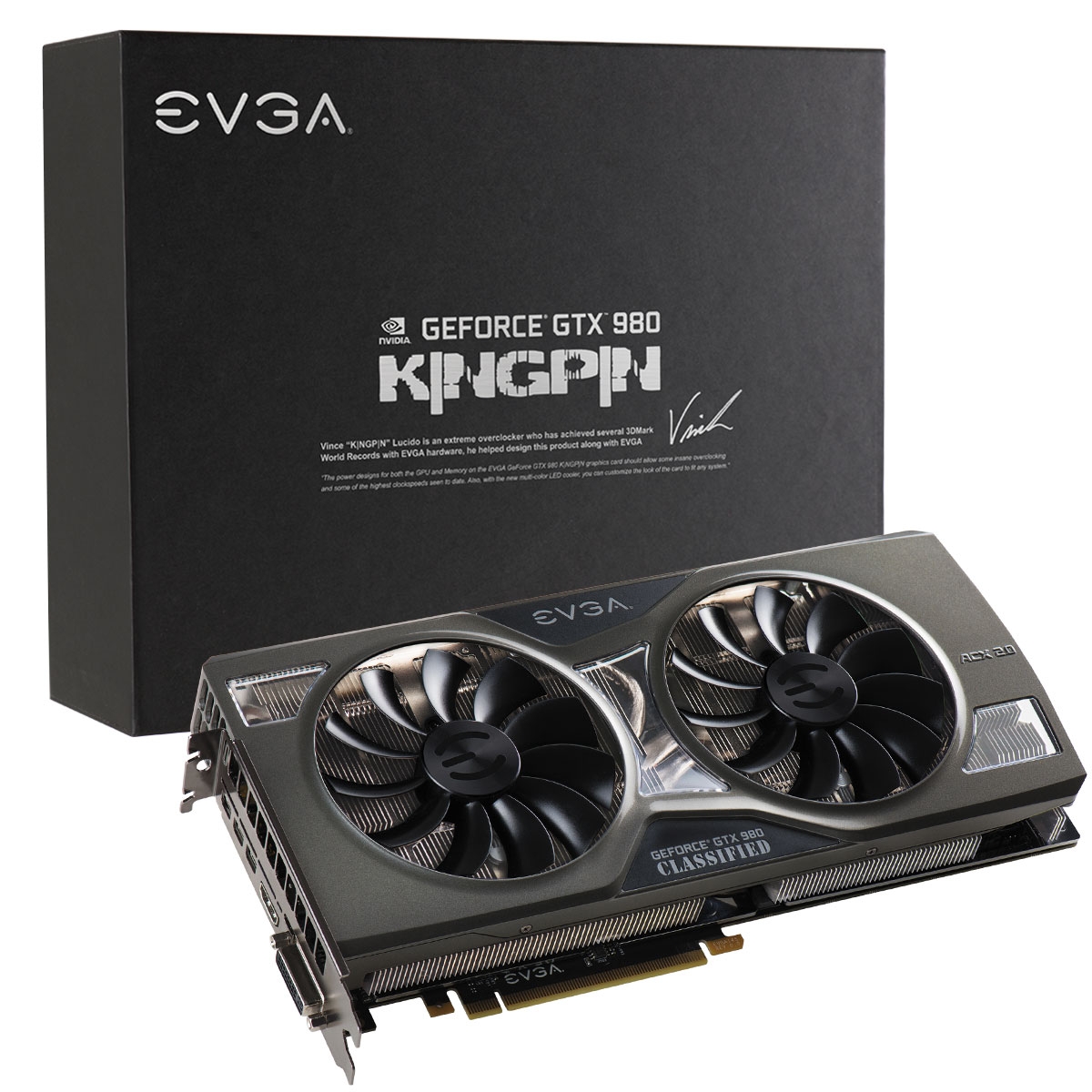 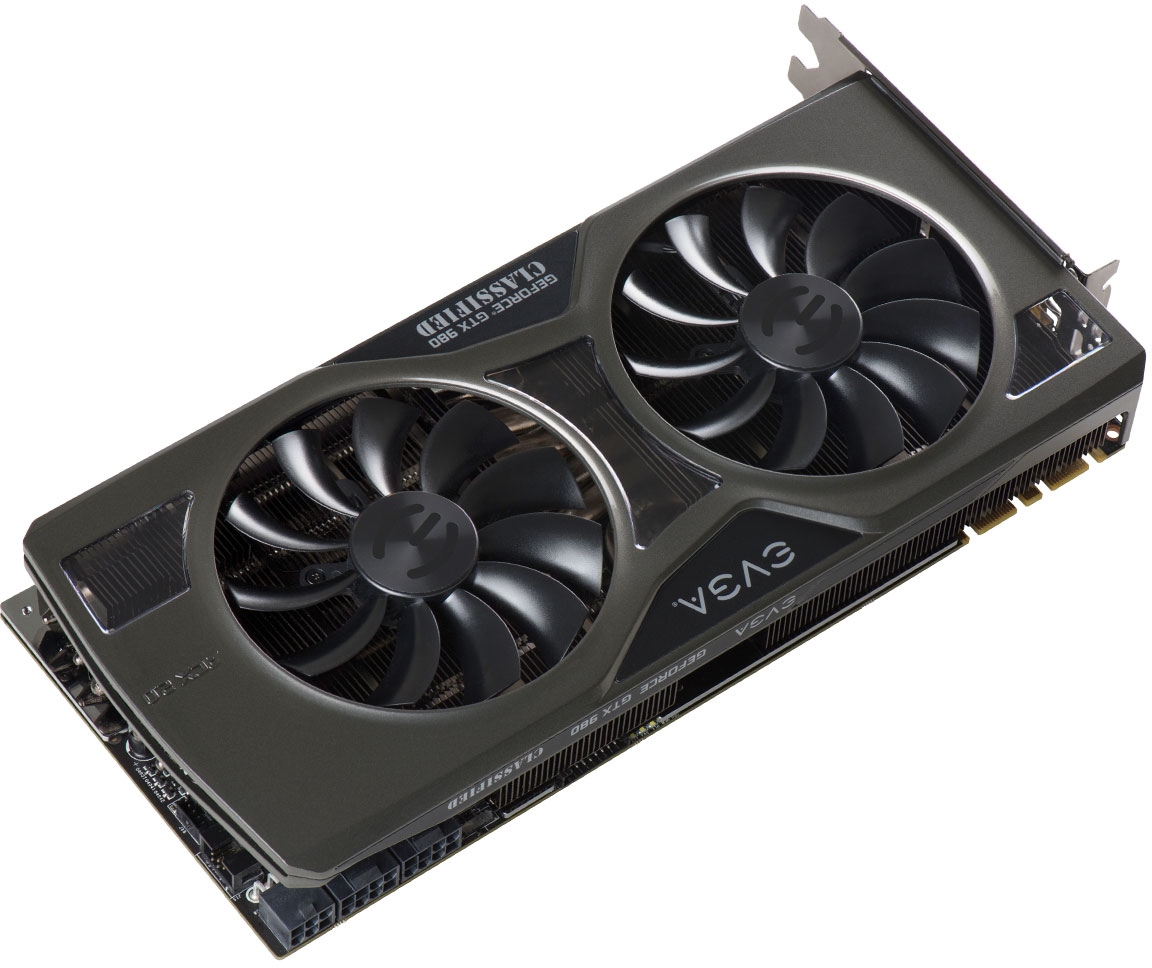 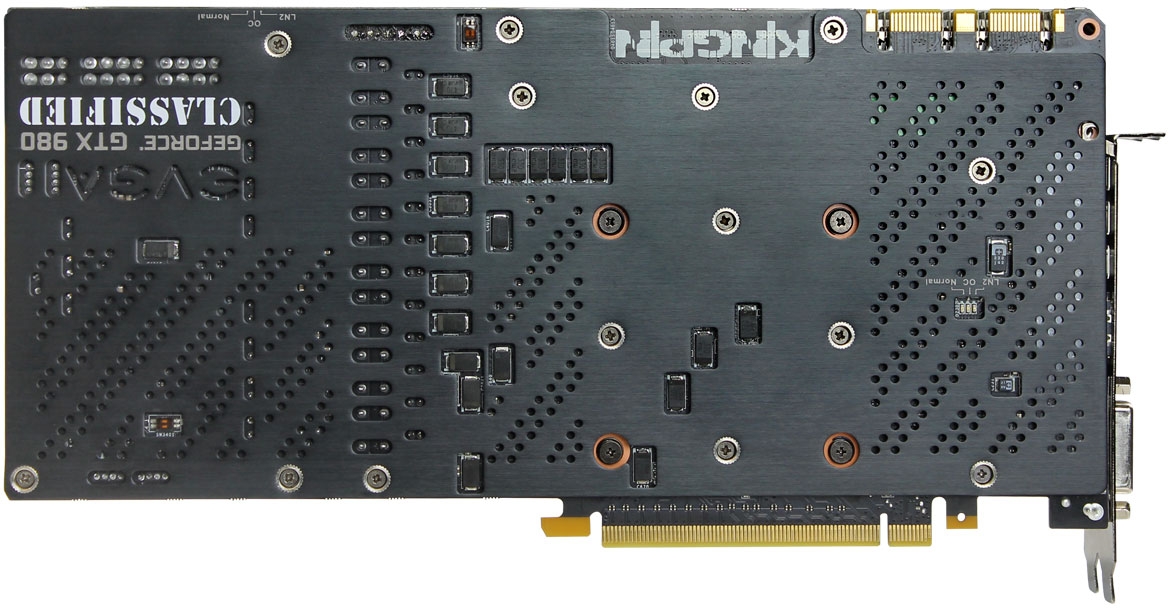 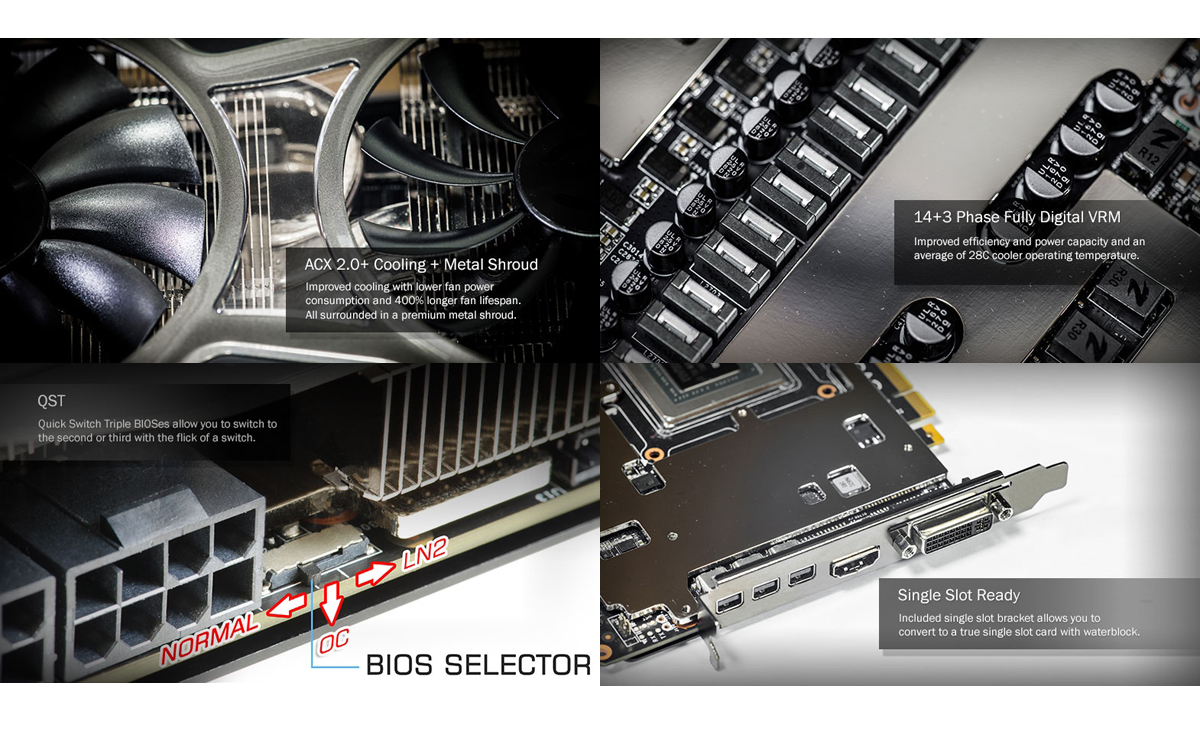