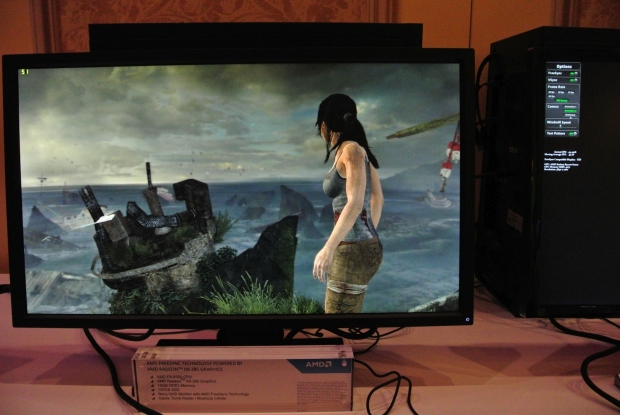 We had a chance to see a demo of AMD FreeSync, a new DisplayPort 1.2 standard that gets rid of screen tearing in games.

It uses variable refresh rate technology and syncs the rendering rate of the GPU and the number of frames that you get on the monitor. This prevents this ugly picture tearing that we see on traditional monitors, without G-Sync or FreeSync.

This is AMD's alternative to Nvidia's G-Sync and it works just as well as Nvidia's standard, and of course FreeSync works exclusively on AMD graphics cards. We had a chance to see BenQ, Samsung and LG monitors in action and we saw FreeSync in action at 3840x2160, 2560x1600 and Ultra Wide 2560x1080 resolutions.

The BenQ XL2730Z is a 27-inch 2560x1600 144 Hz monitor with a TN panel. It was running a Tomb Raider demo and worked just fine. You won't see any tearing unless the framerate drops to unplayable rates, under 30FPS or so. 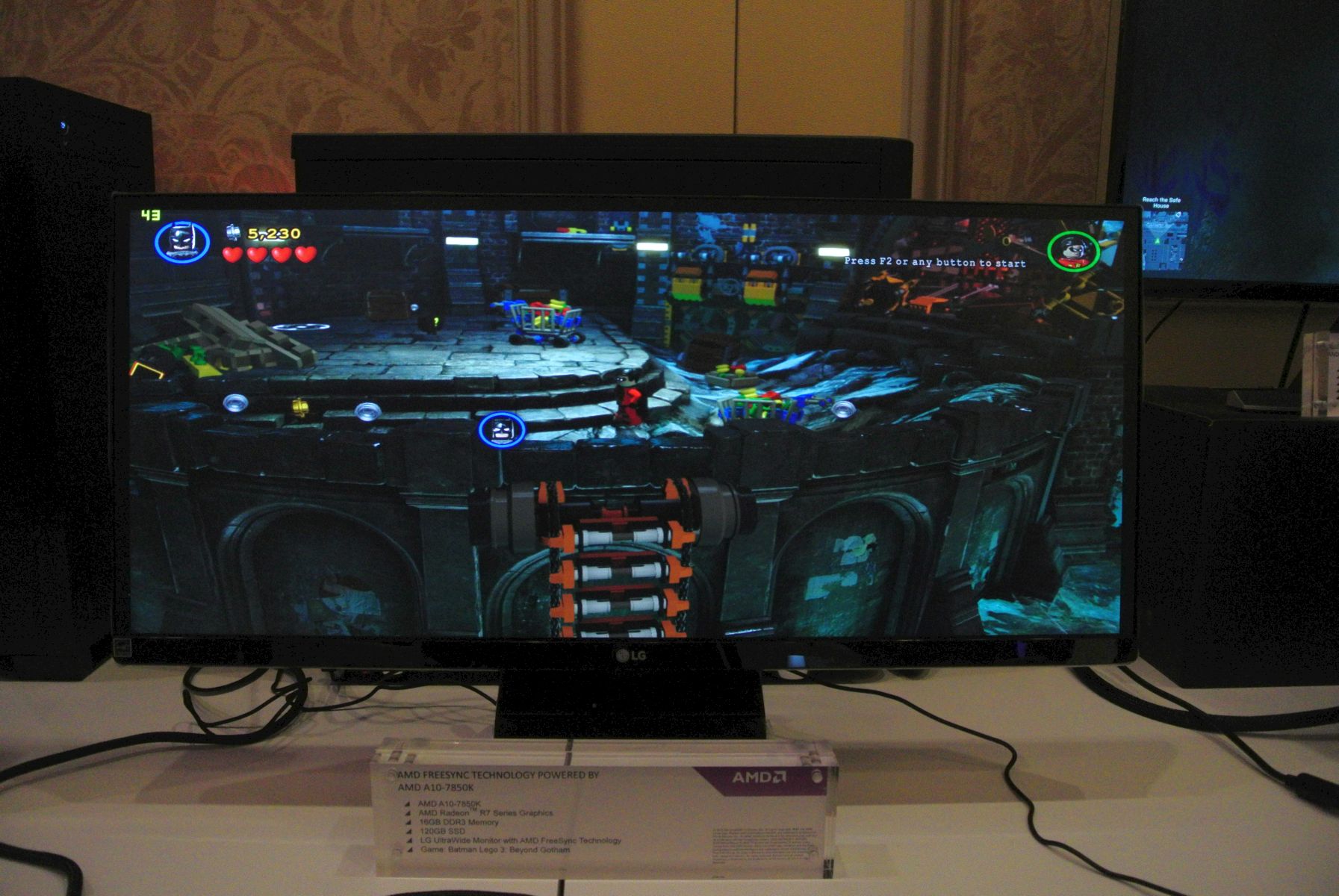 The 28-inch Samsung UE590 monitor delivers 3840x2160 at 60Hz and it was running a windmill demo, where you could turn FreeSync on and off. You can really notice the difference and it is clear that FreeSync delivers a much better experience.

LG's 29UM67 is a 2560x1080 IPS Ultra Wide panel (21:9) that will be attractive for the users who like this form factor. You will be able to put two A4 pages on this monitor and in gaming it will look good in strategies, racing games and many other genres.

AMD promises a dozen or so FreeSync monitors this quarter. Some might start shipping in the next two weeks, with 20 monitors coming through the rest of the year. It is important to mention that unlike Nvidia G-Sync monitors, FreeSync monitors come with HDMI, MHL, DVI and other similar connectors while the first generation of G-Sync comes exclusively with DisplayPort 1.2 and nothing else.

Still FreeSync monitors will end up cheaper but they will work with AMD graphics card only and in case you want the no tear effect in your Geforce games, you will have to use G-Sync or live with it.