Although not officially launched and scheduled to appear in reviews as well as retail/e-tail shelves as of next week, Asus did show the new ROG flagship single-GPU graphics card and reveal more details. The new Asus ROG GTX 980 Matrix Platinum will join Asus' recently introduced GTX 980 Poseidon, a hybrid air+liquid cooling version, and the GTX 980 Strix OC graphics cards. 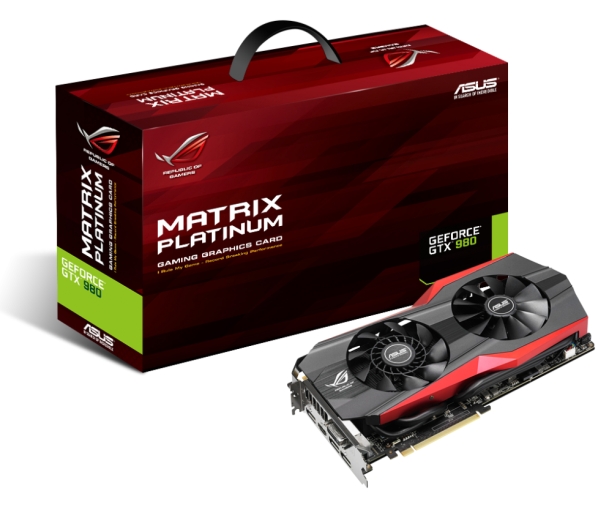 Based on a custom PCB with 14-phase Super Alloy Power VRM with Black Metallic capacitors and Asus Memory Defroster and Safe Mode extreme features, mostly aimed at those LN2 overclockers, the new Asus ROG GTX 980 Matrix Platinum will be heavily factory overclocked. Although it did not reveal the base GPU clock, Asus did reveal that the maximum GPU Boost clock will be set at 1342MHz, which is quite a high factory-overclock. The new Asus ROG GTX 980 Matrix Platinum will still pack 4GB of GDDR5 memory clocked at reference 7.0GHz.

The rest of the revealed features include the ROG color-coded load indicator, ROG Edition GPU Tweak, as well as a DirectCU II dual-fan cooler with CoolTech fan and 10mm matt-black heatpipes. It will also feature three DisplayPort, one HDMI and singe DVI display outputs. 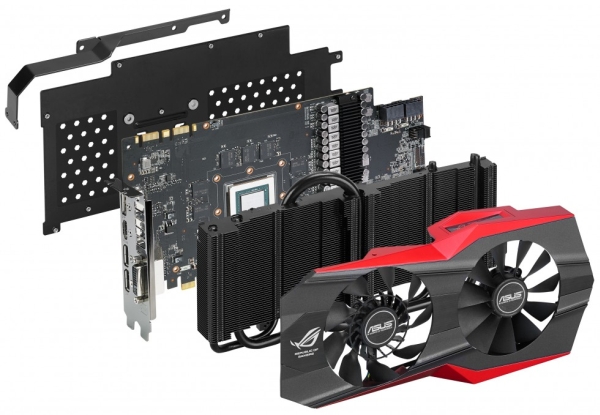 Unfortuantely, Asus did not reveal any details regarding the price or the precise availability date by regions but we guess that we will know for sure next week, when it is expected to show up on retail/e-tail shelves.

Last modified on 05 December 2014
Rate this item
(0 votes)
Tagged under
More in this category: « Samsung GPU in summer 2015 Medion joins 4K club with affordable 28-inch panel »
back to top