While AMD Radeon R9 285 based on the Tonga Pro GPU has been around for a while, the fully enabled Tonga XT GPU is still nowhere to be found. Thanks to PC Watch, we now at least have some idea on what to expect if the GPU ever comes out and it appears that our sources was spot on back when we reported that it packs 2048 Stream Processors as well as wider 384-bit memory interface.

Back when Radeon R9 285 was launched it had a rather large die size and transistor count which, was quite strange given its level of performance in the R9 285, but it appears that the GPU indeed packs a 384-bit wide GDDR5 memory interface, despite the fact that the Tonga Pro was limited to 256-bit one. Spotted by Techpowerup and originally posted by PC Watch, the diagram of the Tonga GPU shows that the 28nm Tonga GPU features 2048 Graphics CoreNext 1.2 Stream Processors. The rest of the specifications are still a bit blurry but the GPU should also pack 128 TMUs and either 32 or 48 ROPs. 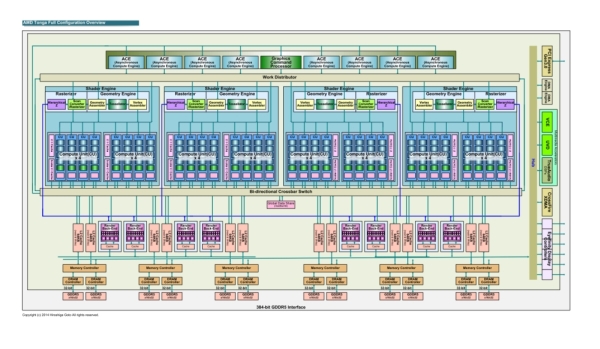 Unfortunately, there is still no word on the Radeon R9 285X, which was originally meant to be based on the Tonga XT GPU and currently our sources are saying that AMD is pretty silent about that particular graphics card. At this point it appears to be delayed or even cancelled, but this is not something we can confirm. Nvidia definitely caught AMD off guard with GTX 970 and GTX 980 GM204 based Maxwell graphics cards but we are quite sure that AMD is preparing something to counter Nvidia's power efficient flagship, so we will keep a closer eye on it. 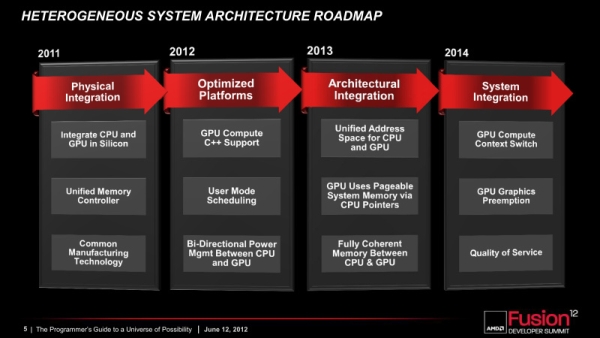 Last modified on 30 September 2014
Rate this item
(0 votes)
Tagged under
More in this category: « AMD rolls out Catalyst 14.9 drivers K|ngp|n getting close to 2.2GHz on EVGA GTX 980 Classified »
back to top