Kingpin and Tin push it to 2025MHz

EVGA has broken yet another record thanks to some help from Vince “K|NGP|N” Lucido and Illya “Tin” Tsemenko, two guys with quite a reputation in the world of extreme overclocking. They managed to push the EVGA GTX 780 Ti Classified Kingpin Edition graphics card to a rather impressive GPU clock of 2025MHz.

In addition to the EVGA GTX 780 Ti Classified Kingpin Edition, a graphics card which was basically made for extreme overclocking, the system consisted of the an EVGA X79 Dark motherboard paired up with an Intel Core i7-4960X Ivy Bridge-E CPU overclocked to 5598.69MHz as well as 16GB of DDR3 memory in quad-channel mode running at 1199.8MHz.

Kingpin and Tin did not only break the highest GPU clock record on the GTX 780 Ti but also managed to get the highest 3DMark Fire Strike Extreme benchmark score on a single GPU system.

It is obvious that EVGA GTX 780 Ti Classified Kingpin Edition graphics card is made for breaking overclocking records and we are quite sure that this is not the last time we hear about it.

You can check out the full system specifications as well as the 3DMark Fire Strike Extreme benchmark score here. 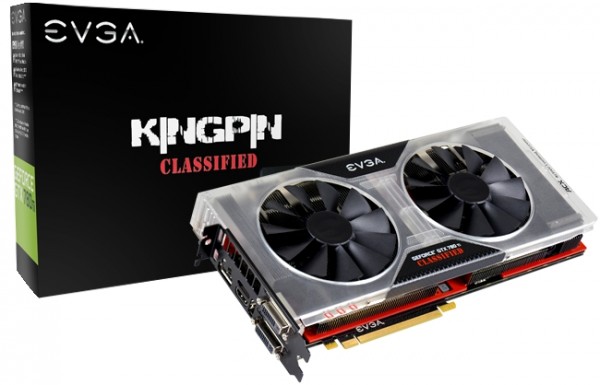 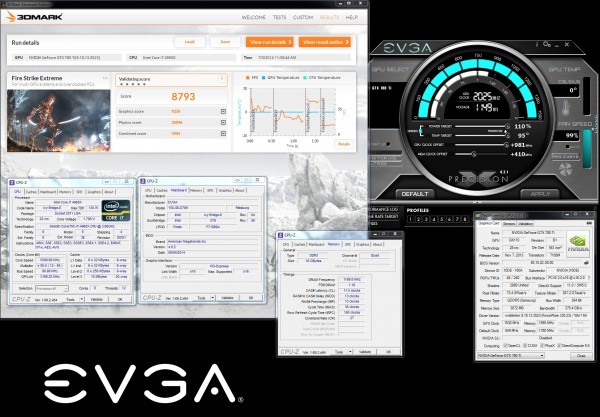