We got confirmation from a few big e-tailers that the Scrypt gold rush is over, sooner than many expected.

The altcoin craze started late last year, as cryptocurrency lovers started mining huge amounts of litecoin, dogecoin and other Scrypt-based cryptocurrencies. It took off toward the end of the year and now in early April we can confirm that the mania is coming to an end.

The unexpected spike in demand caused periodic shortages of Tahiti and Hawaii based Radeons, which were by far the most popular GPUs for Scrypt mining. As demand outstripped supply, we saw some price gouging, too.

The rise and fall of GPU mining

Cryptocurrency mining turned out to be very profitable for some individuals and hardware makers. We saw the same thing with bitcoin a couple of years ago, but it was much smaller at the time. Since then bitcoin miners migrated to powerful ASICs, rendering GPU mining rigs obsolete and uncompetitive.

Bitcoin uses the SHA-256 algorithm and there are already a number of different ASICs designed to hash much faster than any GPU would - and to use much less power in the process. Scrypt was designed specifically to be ASIC-resistant, so many bitcoin miners whose old GPU mining rigs were mothballed following the transition to ASICs simply chose to reuse their old hardware to mine Scrypt altcoins, such as litecoin and the meme-inspired dogecoin. 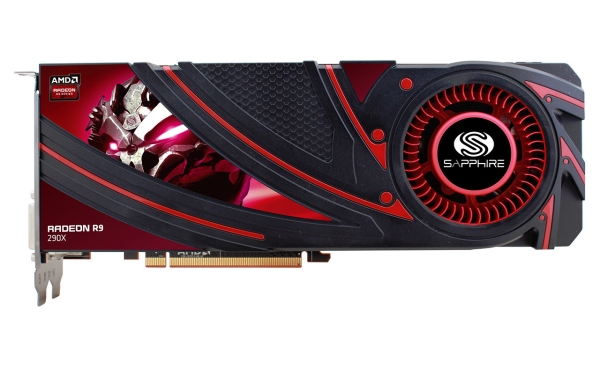 Many others joined the craze and bought heaps of Tahiti cards. They then moved to Hawaii-based R9 290 and R9 290X cards, causing shortages of both. Retailers and distributors told us that some people were buying them by the dozen, which is not usually the case as most gamers and enthusiasts buy one or two cards. After all these things don't come cheap and a Crossfire rig with two Hawaii cards is more than enough for practically any gamer.

However, it turns out that ASIC-proof Scrypt algorithm can be cracked using more elaborate ASICs. The first Scrypt ASICs are coming to market in a matter of months. KnCMiner and Alpha Technology appear to be leading the way. For example, KnCMiner is currently taking preorders for its $9,995 Titan miner, which promises to deliver 250MH/s while using less than 1000W. The R9 290X maxes out at about 1MH/s. As for power consumption - do the math.

As a result most miners have stopped buying Radeons.

Possible fallout for AMD and AIBs

Nvidia was concerned by the mining craze as it allowed AMD to sell more R290X and 290 cards than expected. When the cards were designed and introduced nobody was expecting such a spike in demand, as mining was always a relatively small phenomenon given AMD's overall volume. Once people figured out that they could buy a heap of Radeons that would practically pay for themselves in a matter of weeks, it all went wrong.

You'd think that AMD would be laughing all the way to the bank, but it's not that simple.

We were informed of a potential problem with these cards as our industry sources raised concerns that some of them might start dying and RMA earlier than they should, which might be bad news for AMD and its add-in-board partners.

However, miner cards were running at the highest possible load 24/7 and in some cases they were overclocked. Our educated guess and some basic mathematics are telling us that these cards might be meeting their maker much sooner than their owners expect.

Watch out for second-hand mining gear

RMA (Return Merchandise Authorization) probably won’t apply to some of these cards, as manufacturers usually do not accept abused cards that have marks of overheating or other forms of abuse. But once again it's not that simple.

That dark side of GPU mining will probably become evident in the second hand market. Tens of thousands of Tahiti- and Hawaii-based cards will soon be rendered obsolete in their GPU mining role. Miners will have no use for them and if someone happens to have ten or twenty pricey cards that can't make money, chances are they will unload them on eBay or somewhere else. After months of running under full load and a hefty overclock, these bargain cards may prove to be lemons, so please watch out for them.

If you see a seller who is unloading more than one or two high-end Radeons, chances are the cards were indeed used in Scrypt mining rigs. They will probably go cheap, but even if they are still covered by warranties, it is probably best to stay away from them and avoid possible RMA issues.

Basically if you are in the market for used Radeon on the cheap, buy it from a gamer, not a miner.

Scrypt GPU mining will soon be a thing of the past. It remains to be seen whether a different ASIC-proof mining craze will happen again, but for the time being the worst is over.

Last modified on 07 April 2014
Rate this item
(0 votes)
Tagged under
More in this category: « Pascal to come as PCIe and Mezzanine AMD’s professional graphics gambit is paying off »
back to top