This time it is two cards running in CrossfireX

The elusive AMD Radeon HD 7990 Malta has been pixellized yet again, but unlike the last time when it was held in the hands of an AMD representative, this time it is actually plugged in next to yet another HD 7990 Malta graphics card for some CrossfireX action with four GPUs.

The blurry picture was posted over at Reddit by a user that might have to do something with EA and the upcoming Battlefield 4 title. In any case, it appears that the HD 7990 Malta graphics card is up and running and all we need now is to see it officially announced and to show up on retail/e-tail shelves.

In case you missed it, reference Radeon HD 7990 Malta was pictured and officially announced at GDC 2013 press event last month and came with triple-fan dual-slot cooler. Unlike the earlier released HD 7990 New Zealand graphics cards that needed triple-slot cooling and three 8-pin PCI-Express power connectors, the upcoming HD 7990 Malta is less power hungry as it only needs two 8-pin PCI-Express power connectors. Unfortunately, AMD did not shed any light on the specifications at GDC 2013 nor did it talk about the precise launch dates.

Unfortunately, we have been asking around and according to current info, we probably will not see it before Computex 2013 in June. According to our sources, the Computex show also sounds like a best case scenario.

It certainly sounds like an interesting graphics card and hopefully, AMD can push it to market sooner rather than later.

You can check out the original Reddit thread here. 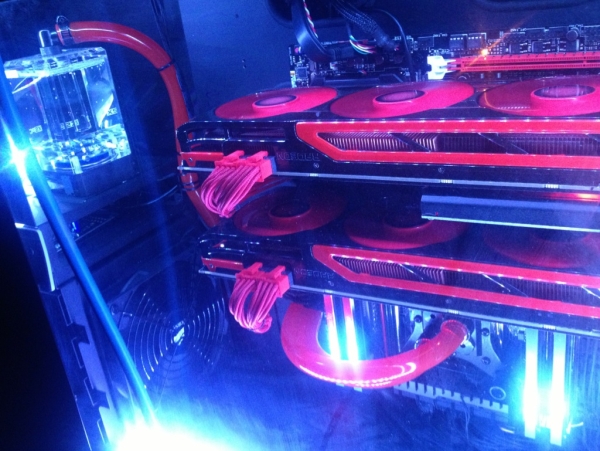