As expected and reported earlier this week, AMD has decided to officially lift the veil off its new Radeon HD 7790 mid-range graphics card designed to fill the gap between the Radeon HD 7770 GHz Edition and the Radeon HD 7850.

The new Radeon HD 7790 features AMD's 28nm Bonaire XT GPU based on the GCN architecture and comes with 14 CUs for a total of 896 stream processors. The compute performance is set at 1.79 TFLOPS while the rest of the specifications include 56 texture units, 16 ROPs, texture fillrate of 56 GT/s, pixel fill rate of 16 GP/s and a 128-bit memory interface. The new card will be launched with 1GB of GDDR5 memory memory clocked at 6.0GHz which adds up to a memory bandwidth of 96 GB/s. The GPU ended up clocked at 1GHz.

The TDP of the HD 7790 is set at 85W and it needs a single 6-pin PCI-Express power connector. AMD also implemented a new dynamic clock technology with the Radeon HD 7790 that, at least according to AMD, should offer higher sustained clock speeds and better power management thanks to an improved algorithm that takes GPU load, power limits, temperatures into account and switches between eight DPM states with an impressive 10ms time.

The launch price of US $149 certainly sounds good and with an additional value gained from Never Settle Reloaded bundle that adds a Bioshock Infinite game coupon, the AMD Radeon HD 7790 certainly sounds like a very nice mid-range card indeed. 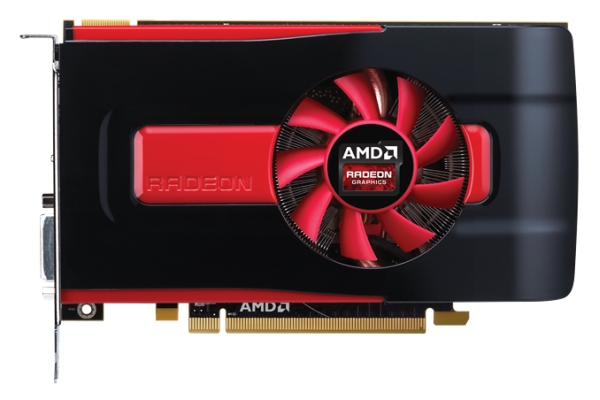 Last modified on 22 March 2013
Rate this item
(0 votes)
Tagged under
More in this category: « Nvidia updates its GPU roadmap at GTC 2013 Sapphire launches its own HD 7790 graphics cards »
back to top