It was just a matter of time before we see some pictures of the upcoming Radeon HD 7790 based on the Bonaire GPU, and Sweclockers.com managed to get their hands on one, post some pictures and even do some testing in 3DMark.

Although the GPU-Z v0.6.8 does not officially support the new Bonaire GPU, some info gathered from it can be accurate as it is reported by the driver. Of course, the amount of stream processors, memory interface and TMU/ROP count might be slightly different than what the actual screenshot shows. If the GPU-Z screenshot ends up to be true, we are looking at 768 stream processors and a 128-bit memory interface.

The pictured card comes from Sapphire and will be a part of their Dual-X series. It features custom PCB and Sapphire's own dual-X cooler with two 80mm fans. The new HD 7790 will apparently need a single 6-pin PCI-Express power connector and feature two DVI, HDMI and DisplayPort outputs.

Sweclockers also did some test with the 3DMark Fire Strike and 3DMark 11 benchmarks and compare it to the Radeon HD 7850. The new HD 7790 graphics card (or at least this SKU from Sapphire) ends up just slightly slower than the HD 7850 which is pretty much in line with what we have been hearing for quite a while.

According to the mentioned GPU-Z screenshot, the Sapphire HD 7790 Dual-X might end up clocked at 1075MHz for the GPU and 6400MHz for either 1GB or 2GB of GDDR5 memory paired up with a 128-bit memory interface.

According to earlier rumors, the new HD 7790 is scheduled to appare in retail/e-tail as of next month and should fit,l price and performance wise, between the HD 7770 GHz Edition and the Radeon HD 7850 graphics card.

You can check out more here. (via Techpowerup.com) 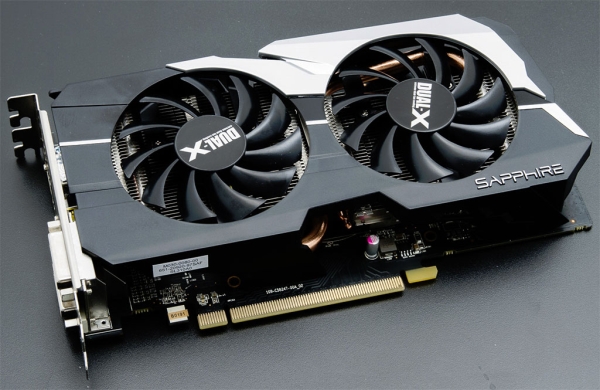