Ahead of launch, scheduled for today, Gigabyte's overclocked version of the new GTX 650 Ti graphics card has already popped up for pre-order.

As it is the case with Gigabyte's 2GB version of the GTX 650 Ti graphics card, the GTX 650 Ti 1GB OC, or GV-N65TOC-1GI, will also use Gigabyte's recognizable Windforce cooler and feature the Ultra Durable 2 design with Ferrite Core Chokes, Low RDS MOSFET and all-solid capacitors.

According to early details, the GPU ends up overclocked to 1032MHz which goes in line with what we heard earlier about decent overclocking capabilities of the GTX 650 Ti. Unfortunately, Gigabyte apparently decided to keep the memory at reference 5400MHz. It will also feature an HDMI, D-Sub and two DVI ports. 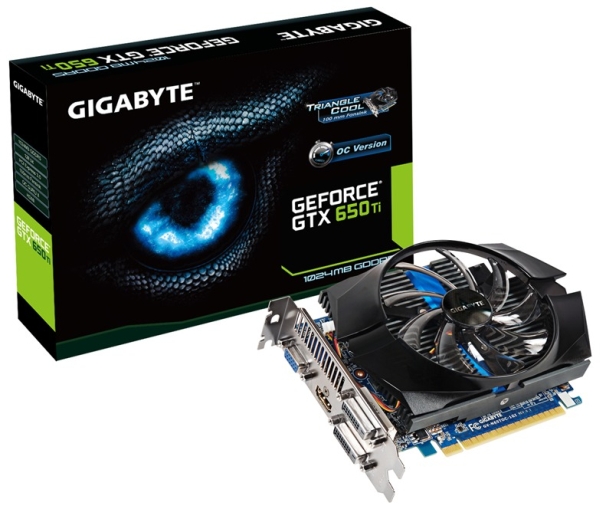