Unlike the Devil 13 version, the new Powercolor Radeon HD 7990 will feature slightly lower clocks set at 900MHz for the GPU and 1375MHz for a total of 6GB of GDDR5 memory. Just like the Devil 13, this one will also feature a dual BIOS switch that will get the GPU up to 925MHz. The new card will also use a similar triple-slot, triple-fan cooler and will feature multi-phase VRM design, UHB, digital PWM and PowerIRstage features.

The new Powercolor HD 7990 will lack all the goodies bundled with the Devil 13 HD 7990 but will still come with Powercolor's PowerJack.

According to our info, the suggested retail price for the Powercolor HD 7990 is set at €849 which is significantly lower than the current lowest price of the Devil 13 set at €945,99. We guess that we'll see a similar situation in the USA, as it could end up to cost at around US $800 considering that the Devil 13 was priced at US $999.99. 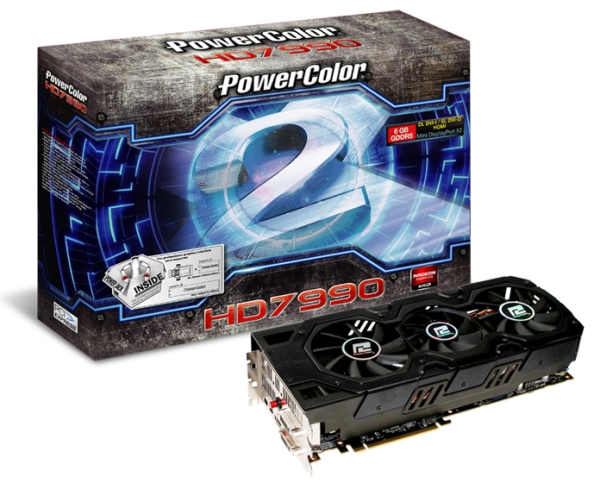 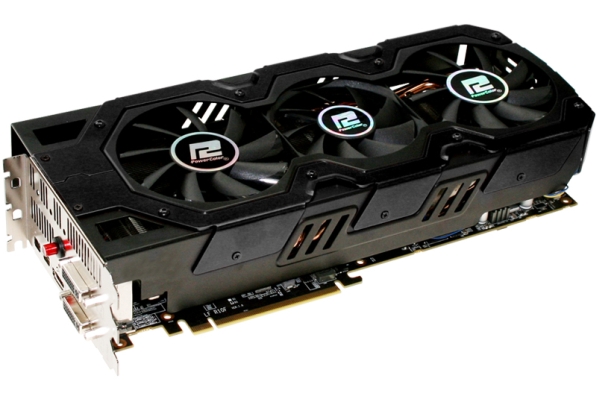 Last modified on 04 October 2012
Rate this item
(0 votes)
Tagged under
More in this category: « Nvidia GTX 650 Ti detailed AMD Radeon graphics cards get another price cut »
back to top