We already wrote a lot about it last week and now Powercolor has, as expected, officially launched the first ever and currently the only graphics card based on two Tahiti XT GPUs, the Powercolor Devil 13 HD 7990.

As expected, the new Powercolor Devil 13 HD 7990 uses two Tahiti XT GPUs placed next to each other on a single PCB and pushed to work at 925MHz for the GPU and 1375MHz (5.5GHz effective) for a total of 6GB of GDDR5 memory (3GB per GPU). The new Devil 13 HD 7990 also features a dual BIOS switch button that pushes the GPUs up to 1GHz.

The custom PCB is everything except standard, as it features a 12+2+2 phase design, digital PWM, super cap, UB and PowerIRstage components, and the entire graphics card is cooled by a custom triple-slot, triple fan cooler with a total of ten U-shape heatpipes. Since we are talking about two Tahiti XT GPUs it is no wonder that this graphics card needs three PCI-Express power connectors.

The new Devil 13 HD 7990 will be sold in a special Devil13 Deluxe pack which also includes Powercolor PowerJack that prevents any graphics card bending as well as the Wiha Tool Kit tool-set.

Powercolor's Devil 13 HD 7990 is expected to hit retail/e-tail shelves in the first week of September and it is surely a limited edition graphics card so do not expect it to be widely available. It is backed by a three year warranty.

A couple of early listings put Powercolor's Devil 13 HD 7990 graphics card next to a €900+ price tag which is pretty much in line with Nvidia's dual-GPU GTX 690. 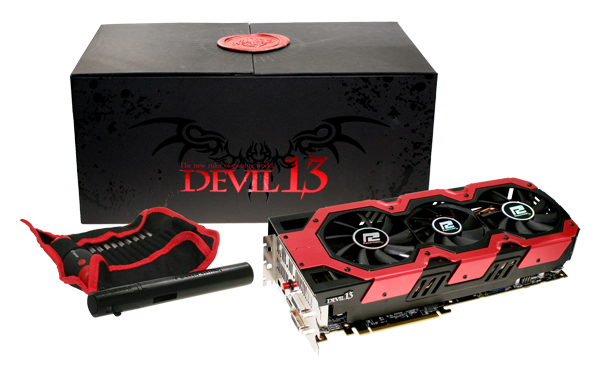 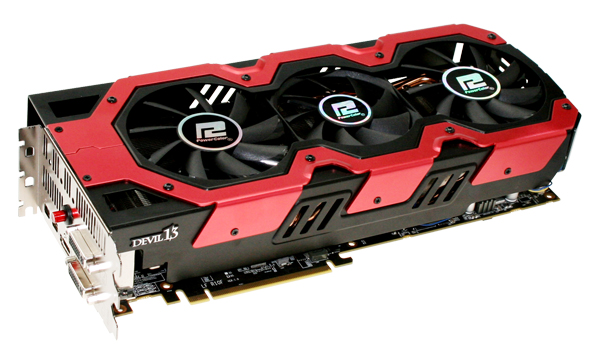 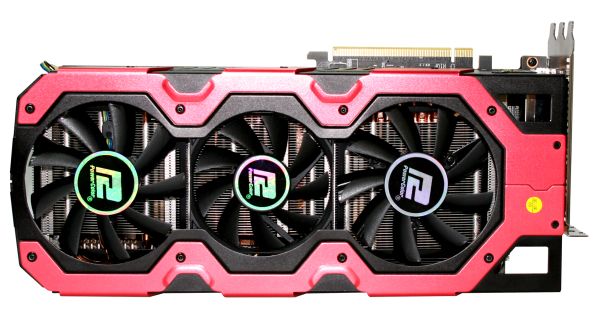