AMD hsa apparently kept the best announcements for the last day of Fusion Developer Summit held at Bellevue, WA, as the end-of-AFDS keynote involved AMD's Mark Papermaster showing off what appears to be a dual-GPU card with triple-fan cooling.

Although the showcased graphics card was referred to as the new FirePro W9000, which features up to 6GB of GDDR5 memory, 4 TFLOPS single and 1 TFLOPS of double precision floating point compute power, the showcased card and the one seen in AMD's slides do not look the same. The new FirePro W9000 should, according to various reports around the net, be based on Tahiti HD 7970 GPU.

Strangely enough, the graphics card held by Mark Papermaster and the actual picture of the Firepro W9000 in the AMD slide are not exactly the same. The Techreport.com site asked some questions about it and got a neat reply that the showcased card is "a dual-GPU product that will be released later this year". Although Mark Papermaster talked about Firepro W9000, he might have actually showed a reference HD 7990 graphics with two low-voltage Tahiti XT GPUs considering that the showcased card has two 8-pin PCI-Express power connectors.

In any case, the Firepro W9000 will be extensively detailed during Siggraph 2012 event that kicks off on 5th of August. 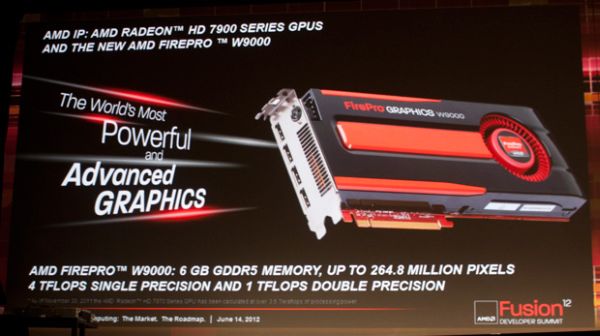 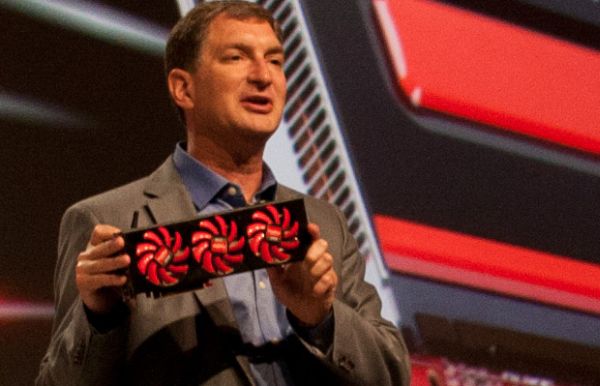