We did quite a few articles on MSI's Radeon HD 7970 Lightning and we have been told before that this card really likes overclocking, but frankly we never expected it to go up to 1800MHz for the GPU. Apparently all it took was some LN2 and Swedish overclocker Elmor, which proved his OC skills at various overclocking events.

MSI has definitely made dream graphics card for any overclocker and that custom PCB is surely doing a nice job. 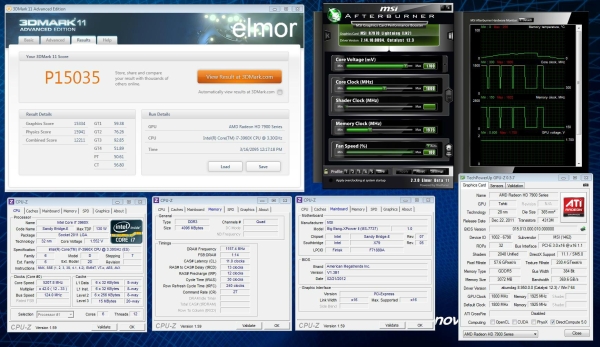