Gigabyte has announced two new Radeon HD 7800 series cards that will be factory overclocked as well as equipped with Gigabyte's own Windforce custom coolers, the GV-R787OC-2GD and GV-R785OC-2GD.

As you could have guessed from the model names, the first one will be based on the Radeon HD 7870 design while the second one is based on Radeon HD 7850 GPU. Both cards are a part of Gigabyte's Overclock Edition series and will feature Gigabyte's Windforce series cooler.

The GV-R787OC-2GD is based on AMD's 28nm Pitcairn XT GPU with 1280 stream processors and works at slightly overclocked GPU clock set at 1100MHz and features 2GB of GDDR5 memory paired up with a 256-bit memory interface and clocked at 4800MHz. This one features Gigabyte's Windforce 3X cooler with three fans and two 8mm pure copper heatpipes that should provide up to 10 percent lower temperature when compared to the reference cooler. 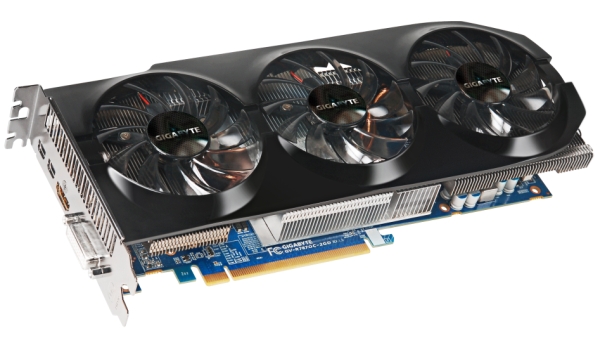 The second one, the GV-R785OC-2GD, is based on AMD's Pitcairn Pro GPU with 1024 stream processors and factory overclocked to 975MHz for the GPU and 4800MHz for 2GB of GDDR5 memory paired up with the same 256-bit memory interface. This one uses a slightly different Windforce 2X cooler that features two 100mm inclined fans paired up with a rather large heatsink connected to the core via two heatpipes that are in direct contact with the GPU. 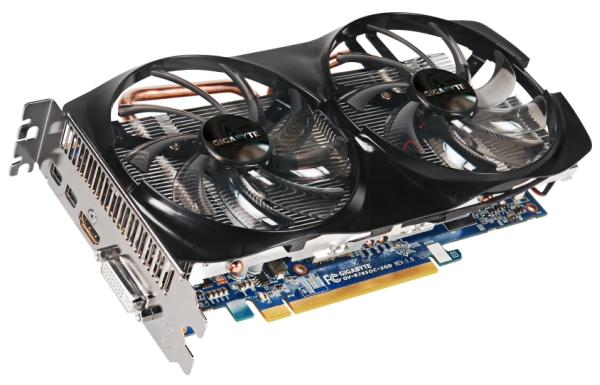