Sapphire brings back Ultimate with HD 7750

The latest passive graphics card we've seen from Sapphire was the HD 6670 Ultimate and now Sapphire has stayed true to it Ultimate series by releasing the HD 7750 Ultimate. The new HD 7750 Ultimate card is clocked at 800MHz for the GPU and packs 1GB of GDDR5 memory clocked at 4500MHz and paired up with a 128-bit memory interface. These are actually reference clocks and it appears that hefty dual slot heatsink paired up with four heatpipes is enough to keep the temps at bay.

The Ultimate Edition series was always aiming at HTPC market and HD 7750 certainly sounds like a good card for an HTPC. Of course, it depends on the HTPC case as HD 7750 Ultimate is a full height card and needs two slots, but also packs quite a decent performance punch.

The availability date or the price haven't been announced but we guess it should show up in retail/e-tail pretty soon with a price tag set at around €100. 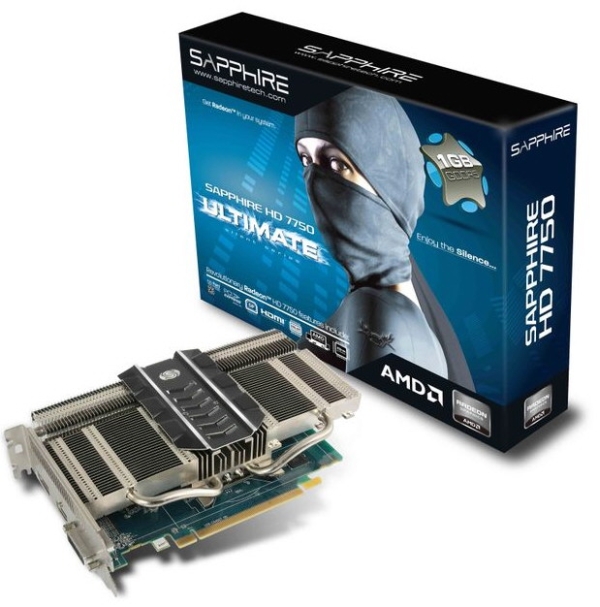