HIS has added yet another graphics card to its HD 6900 series lineup, the HIS Radeon HD 6970 IceQ Eyefinity RTS (Ready-to-see) card. The new Eyefinity RTS card should allow 3-display Eyefinity setup without using DisplayPort displays or those expensive active adapters.

The HIS HD 6970 IceQ Eyefinity RTS features 1536 stream processors, works at 880MHz for the GPU and comes with 2GB of GDDR5 memory clocked at 5500MHz and paired up with a 256-bit memory interface. Since it is a part of HIS' IceQ series, it features a dual-slot, four copper heatpipe cooler with a blower "Black Hole Impeller" fan. According to HIS, the card should end up up to 23 degrees cooler than reference one.

The card features the same outputs as the regular card so you are looking at two DVI ports, HDMI and two mini DisplayPort ones. 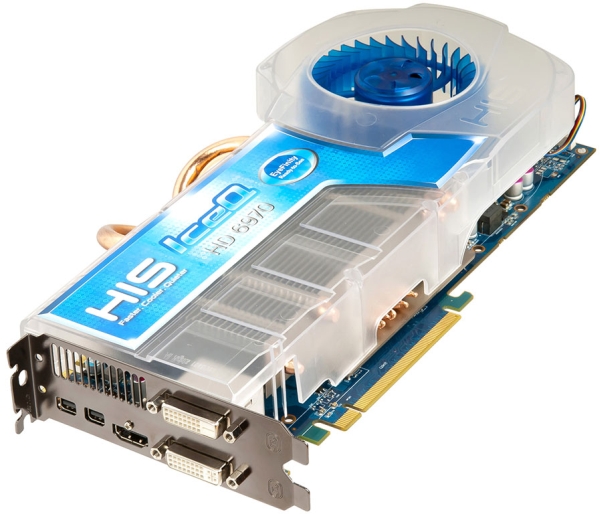