The HD 6950 with Vapor Chamber cooler

The Radeon HD 6950 Toxic Edition packs 1408 stream processors, has a GPU clock of 880MHz and packs 2GB of GDDR5 memory clocked at 5200MHz on a 256-bit memory interface. The card also comes with dual BIOS, has an improved digital VRM and features single HDMI, two DVI and two mini-DiplayPort outputs. It, of course, needs 8 and 6-pin PCI-Express power connectors and supports AMD's CrossfireX.

The best part of the card is the custom dual-slot cooler based on the Vapor Chamber design. It has a single blower fan and a new perforated backplate which, combined with the cooler, should improve airflow of the case.

The Radeon HD 6950 Toxic Edition will be available with or without the Dirt 3 bundle and we expect it to show up in retail with a price tag of around €200. 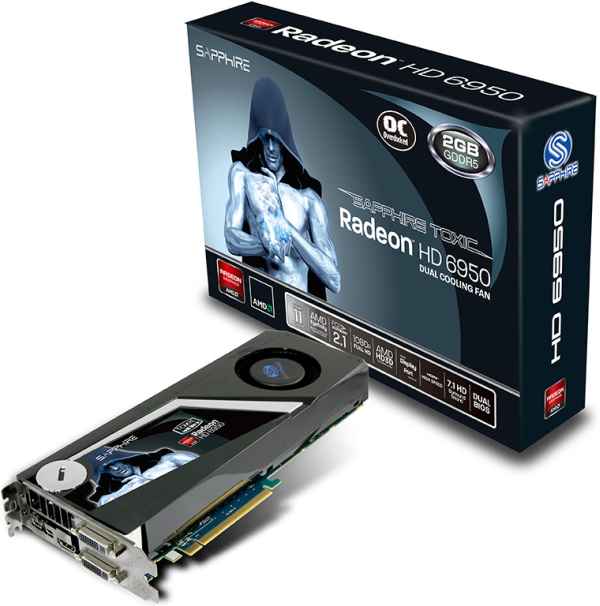 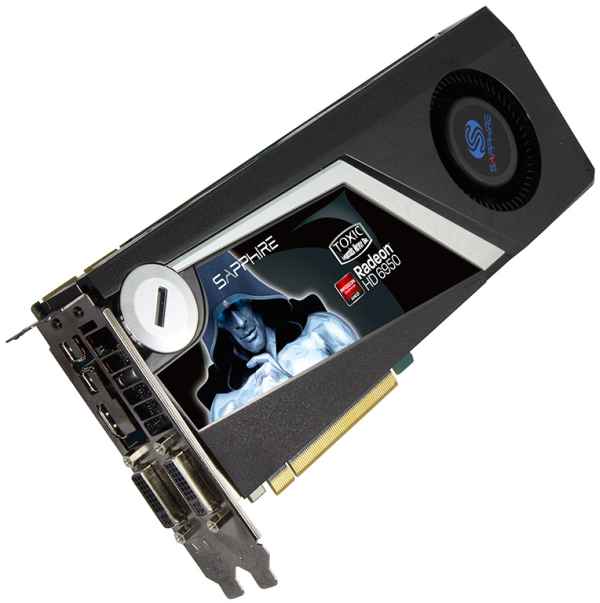