While waiting for something new to show up, XFX has decided to roll out yet another card that will be a part of its Black Edition lineup, the HD 6870 Black Edition.

The new HD 6870 Black Edition features 1120 Stream Processors and has ended up factory overclocked to 940MHz for the GPU and 4600MHz for 1GB of GDDR5 memory paired up with a 256-bit memory interface. XFX also slapped a non-reference custom cooler on this one so you are looking at a card that has a dual-slot cooler with two fans and four heatpipes that should do a good job at keeping the temps at bay.

The card is currently available in Europe at around €170 and you can find it here. 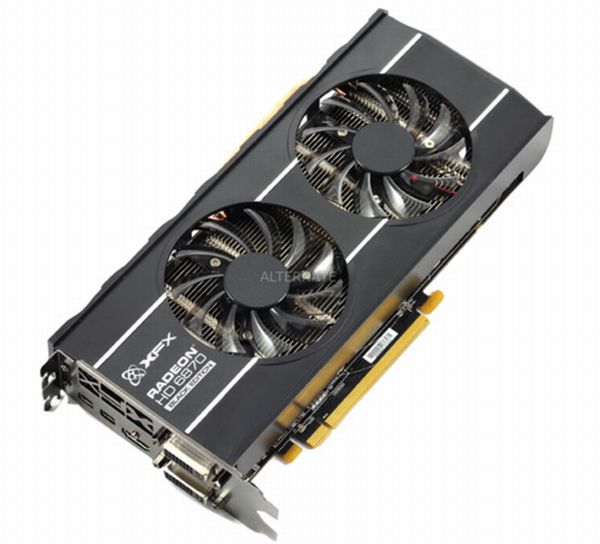 Last modified on 27 April 2011
Rate this item
(16 votes)
Tagged under
More in this category: « Nvidia Optimus going to be dubbed Synergy on the desktop AMD Juniper lives on »
back to top