Powercolor rolls out a single-slot HD 6850

As slim as it gets

Powercolor has added yet another card to its HD 6000 series lineup, the HD 6850 single-slot. Based on the Barts GPU, the HD 6850 is probably the fastest card that can use a single-slot cooler and Powercolor is the first one to have it.

The card is based on reference 775/4000MHz clocks for the GPU and that 1GB of GDDR5 memory paired up with a 256-bit memory interface. It features 960 Stream Processors, high grade components and comes with one DVI, one HDMI and two mini DisplayPort outputs. In order to keep the Barts GPU cool enough, Powercolor decided to go for a full cover cooling plate with copper base paired up with three 8mm copper heatpipes and what appears to be an 80mm fan, all squeezed in a single slot cooler. 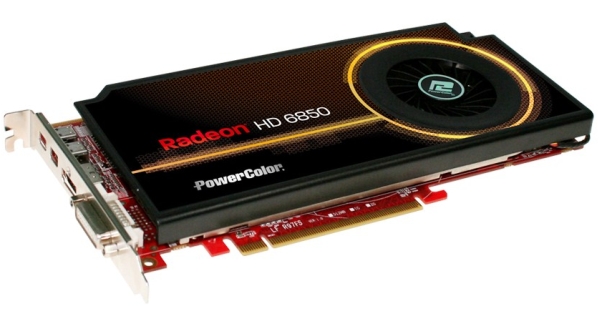 Last modified on 22 April 2011
Rate this item
(8 votes)
Tagged under
More in this category: « AMD officially rolls out Turks and Caicos AMD leaks Southern Islands GPU codenames »
back to top