Powercolor has released some pictures of its upcoming HD 6950 PCS++ card that will apparently be paired up with a new dual Vortex cooler. There is no info regarding the actual details of the card but considering the fact that it is a part of the PCS++ series, you can expect a hefty factory overclock.

The new HD 6950 PCS++ will feature a new dual Vortex fan cooler. We already had a chance to see the Vortex on some previous Powercolor cards and the story behind Vortex is quite simple as it allow the fans to be adjusted in order to achieve greater airflow. The cooler can be either pulled out or pushed down for additional airflow tweaking. In addition to Vortex fans, the cooler features a large heatsink paired up with four copper heatpipes and we are quite sure that this combination will have no trouble in keeping the HD 6950 GPU at low temperatures.

Of course, the card will feature 1408 Stream Processors, a 256-bit memory interface, either 1 or 2GB of GDDR5 memory and two DVI, HDMI and two mini DisplayPort outputs. As noted, you can expect a decent factory overclock with an additional overclocking potential.

The card should launch pretty soon. 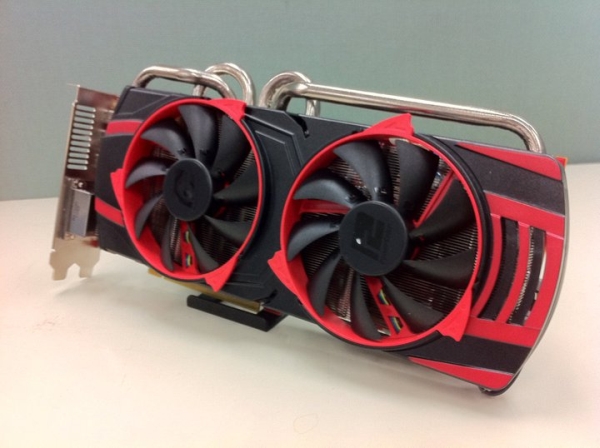 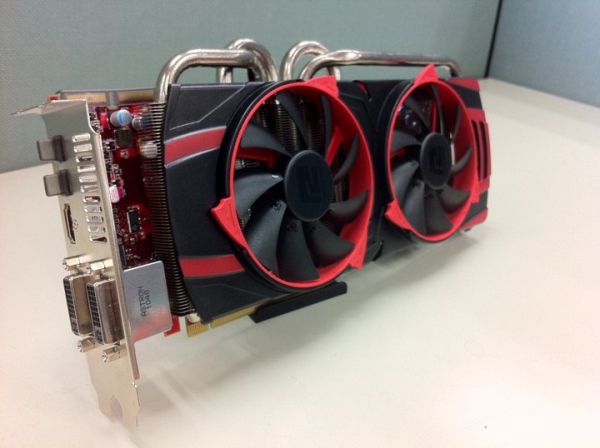 Last modified on 14 April 2011
Rate this item
(7 votes)
Tagged under
More in this category: « Nvidia rolls out its GT 520 Caicos and Turks cards coming next week »
back to top