Although we had a chance to see this one during Cebit show back in March, MSI now officially rolled out its latest addition to the Hawk Edition lineup - the N560GTX-Ti Hawk. Despite the fact that the it is based on the Geforce GTX 560 Ti's GPU, it's got nothing to do with the reference card. Namely, MSI built the custom PCB and strapped it with its latest Twin Frozr III cooler on top of it.

MSI completely redesigned the PCB so you are looking at GTX 560 Ti GPU with a PCB that has 8+1-phase power design, Military Class II components, Active Phase Switching and edge support so there is no PCB bending and voltage read points. The card support VDDCI voltage adjustment in case you are looking for some additional overclocking potential.

MSI went all the way with this card and has used its latest Twin Frozr III dual slot cooler. It features a nickel plated copper base, four copper heatpipes (two 8mm ones) and has two 80mm PWM fans with new Propeller design blades. Back at Cebit we had a chance to check out the Twin Frozr III we noticed something that wasn't on the TF II, a small heatsink that covers the VRM and memory modules.

The card features all the regular outputs, two DVI and one mini HDMI and should start to appear in retail/e-tail pretty soon. 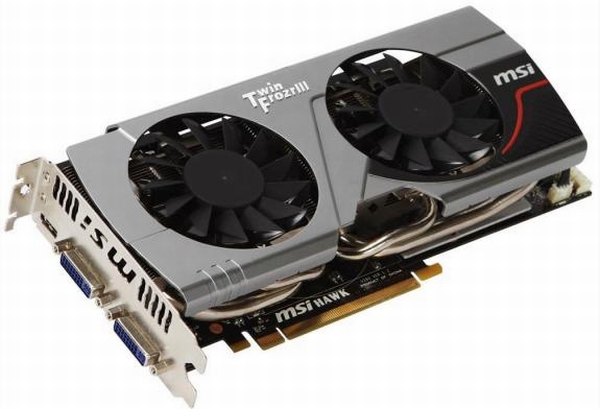 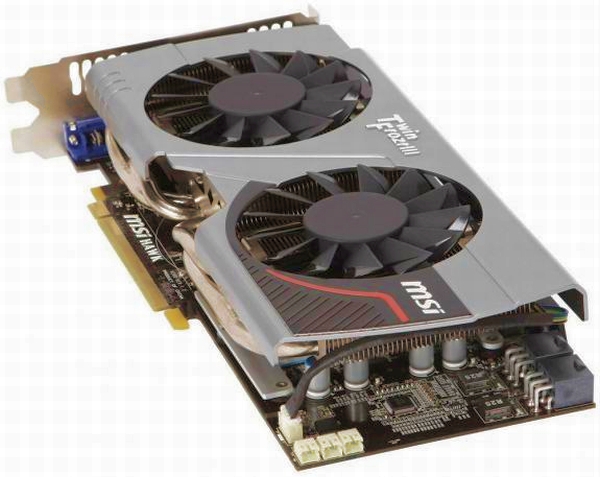 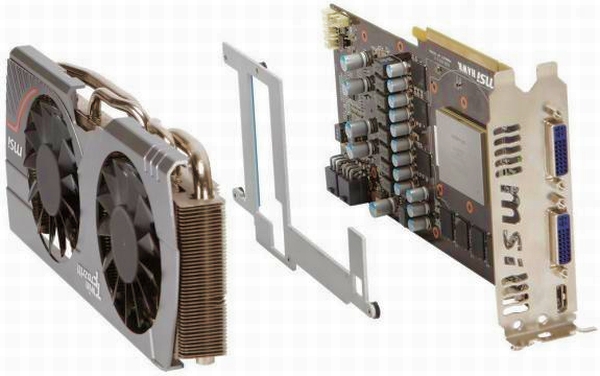 Last modified on 13 April 2011
Rate this item
(12 votes)
Tagged under
More in this category: « AMD's 28nm graphics is only a die shrink Club3D releases yet another GTX 550 Ti »
back to top