As noted, we are talking about the HD 6850 based on AMD's Barts GPU with 960 stream processors. The card works at 800MHz for the GPU and comes with 1GB of GDDR5 memory clocked at 4200MHz and paired up with a 256-bit memory interface. The new HD 6850 X Edition features a custom cooler with a 92mm fan and two copper heatpipes.

The new card still needs a single 6-pin PCI-Express power connector and features two DVI, one HDMI and single DisplayPort outputs. The card should show up in retail pretty soon, and we expect the price to be somewhere around €160 to €170. 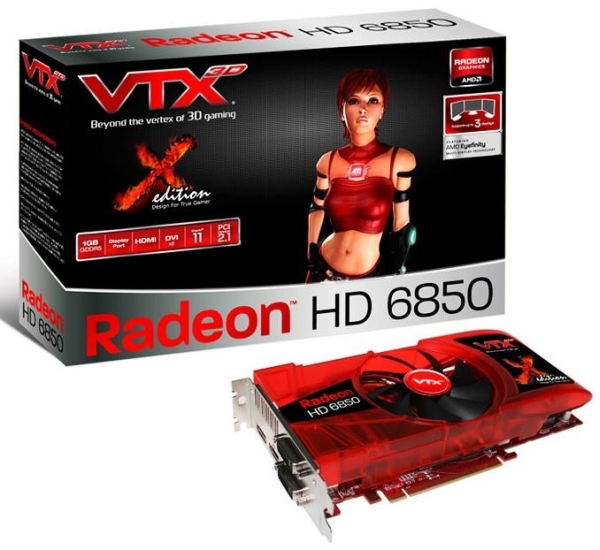