Developer banned from own Steam Forums 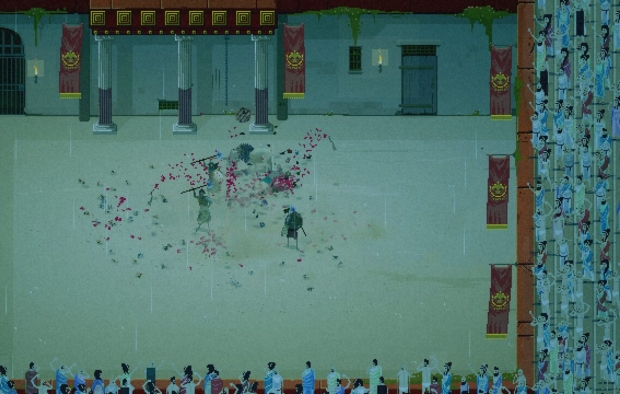 Steam has made an exception to its hands-off approach to its forums by kicking Domina developer Dolphin Barn off his own game's forum.

It started when Barn posted anti-mask messages in the game’s Steam update notes, but the next he followed up with his own right-leaning personal beliefs being posted to the game’s official Twitter account (prior to it getting suspended), as well as on its Steam forums.

When we say posted anti-mask messages we are being polite. When you are reading details of a patch update you normally don't expect to see this sort of rant.

“Next time you’re at the grocery store, try showing a woman your face. Be confident, unafraid of the LIES — you might get a girlfriend. Women like confidence. Women don’t like dudes who cover their faces in fear. What are you afraid of? Getting laid? Grow up,” read the patch notes.

The gaming community voted with their feet about the game and sales plummeted.  Never in the field of indie gaming development has a reasonably successful game been gutted by its developer being a mysogenistic arse.

“This is the second time that one of your posts violates our Discussion Rules and Guidelines, specifically insulting or flaming another user,” a Valve moderator said in the message. “We’re also noticing a trend with abusive messages sent when banning players from your hub.”

All bog standard internet stuff, but it seems that Barns was doing a little more than hacking people off with his flames. He started flagging reviews as fraud claiming that they were not real and at times were reversing decisions of moderators and enabling rule violations. To be fair most of the reviews being flagged are naturally pointing to its dev’s personal beliefs coming out in the game’s official accounts or patch notes, but some users claim content available in the game’s beta were made into paid DLC for its live release.

While the Domina dev is still seemingly banned from his game’s forums, he can still post Domina patch notes, the latest of which accuses Valve and Steam of being “cowards.”

“Some dickless coward at Steam thinks he has a ‘business relationship’ with me. Can they even identify themselves by name? What a pathetic person, whoever it was. What a pathetic corporation. Spineless. Ethically devoid. Corrupt. Faggotry,” Barns said on hispersonal Twitter.  We think that we can spot the problem here.  Anyway it is likely the game will be removed from Steam and that will be the last we hear of Barns and his views.

Last modified on 22 August 2022
Rate this item
(7 votes)
Tagged under
More in this category: « Nintendo HQ catches fire Saudi Arabia approves Microsoft take over of Activision Blizzard »
back to top