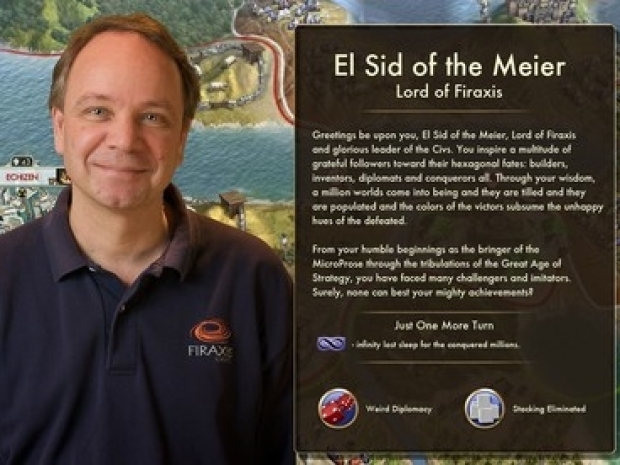 Speaking to the BBC on the 30th anniversary of his legendary Civilization game, US developer Sid Meier warned that if major companies continue to focus on monetisation or other things that are not gameplay-focused, they risk losing the audience.

He said that the real challenge and opportunity for game makers is gameplay.

"That is what is unique, special and appealing about games as a form of entertainment. When we forget that, and decide it's monetisation or other things that are not gameplay-focused, when we start to forget about making great games and start thinking about games as a vehicle or an opportunity for something else, that's when we stray a little bit further from the path."

Since CIV was created gaming financial models has changed dramatically. Many developers and publishers rely on in-game purchases to help with their bottom line rather than solely on the up-front cost of buying a title to play.

Some games companies are also exploring the introduction of non-fungible-tokens (NFTs) - a form of digital art that players can buy and own -- into their games.

However Meier says that if major companies continue to focus on this they risk losing the audience.

"People can assume that a game is going to be fun and what it needs for success are more cinematics or monetization or whatever -- but if the core just is not there with good gameplay, then it won't work. "

Meier warned that continued growth isn't guaranteed: "There are lots of other ways that people can spend their leisure time.

“Once a shift starts to happen, then everybody runs to that side of the ship. "I think we need to be sure that our games continue to be high quality and fun to play - there are so many forms of entertainment out there now. We're in a good position... but we need to be sure we realise how critical gameplay is - and how that is the engine that really keeps players happy, engaged and having fun."

Meier has no plans to retire just yet. People were telling him back in 1991 that he was "wasting his time" working in games - now he smiles, as people say to him: "I wish I could get a job making games."

Last modified on 02 March 2022
Rate this item
(0 votes)
Tagged under
More in this category: « Controversial Bobby Kotick set to get $15 million CD Projekt Red confirms it is working on new Witcher game »
back to top