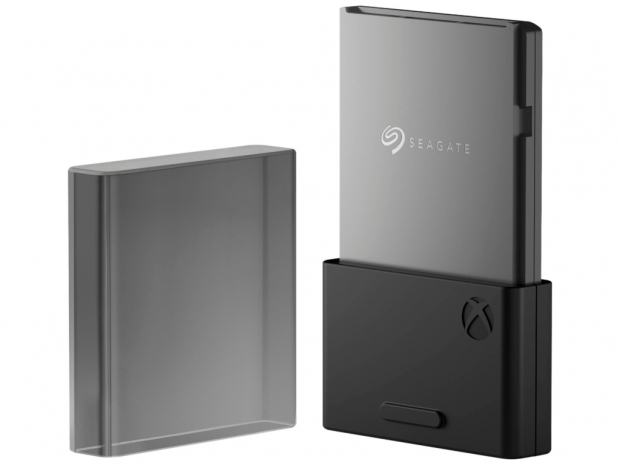 It appears that expanding Xbox Series X/S will cost quite a penny and according to early listings, you'll have to pay $220 for 1TB of storage.

Microsoft already announced that new Xbox consoles will have expandable storage, and has teamed up with Seagate to create such PCIe Gen 4.0 SSDs.

According to pre-order listing over at Best Buy in the US, the 1TB version will cost $220, which does not sound too bad considering the price of the PCIe Gen 4.0 SSDs, but it is still over 40 percent of the actual Xbox Series X console price.

Hopefully, the price may eventually drop and Microsoft could allow other manufacturers to make such drives, but for now, it appears that Seagate drives are the only way to go.

Best Buy lists these "expansion cards" for a November 10 release so at least those will be available alongside the new Xbox Series X and Xbox Series S at launch.

Last modified on 25 September 2020
Rate this item
(1 Vote)
Tagged under
More in this category: « Morhaime launches Dreamhaven PS5 tear down proves some parts are faster than the Xbox »
back to top