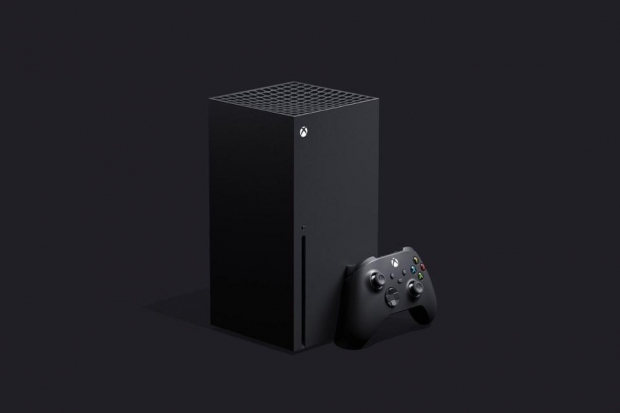 Software king of the world Microsoft has been on the Interwebs talking about the gubbins inside its new Xbox Series X, and what interested us was its GPU.

For those not in the know, the GPU in the Xbox Series X SoC is the most we have on the AMD RDNA 2 architecture and the Hot Chips presentation showed how it fits in the console SoC. Microsoft posted some slide porn for those who are into that sort of thing.  Firstly, there is a slide witha picture of the physical chip with various sub-components annotated and coloured. TSMC N7 enhanced fabricated SoC with 15.3 million transistors, AMD/Microsoft created 3.8GHz Zen 2 server class CPU cores (8C/16T), 52 CUs based upon the RDNA 2 architecture, 16GB of 14Gbps GDDR6 memory on a 320-bit bus providing 560GB/s, and various multimedia hardware accelerators. 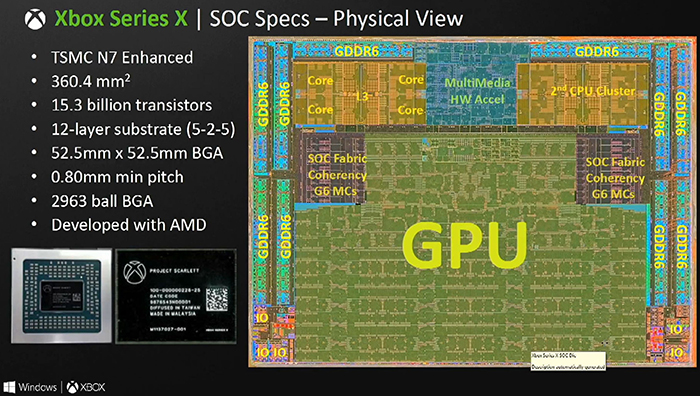 The next slide shows the RDNA 2 GPU cores. The architecture uses 26 active dual CUs. It tells us that there is a 25 per cent improved perf/clock compared to last generation.

Below you can see a diagram showing that the new GPU cleans the previous generations clock in terms of memory and available bandwidth.

Microsoft explained about all the supporting graphics tech including Variable Rate Shading, Sampler Feedback Streaming, Hardware Custom Residency Map Filtering, and DirectX Ray Tracing Acceleration. Hexus says that the custom ray-box and ray-triangle accelerator units were capable of up to 380G/sec ray-box peak and 96G/sec ray-tri peak. That isn't all though; the Xbox Series X has other tricks available to developers thanks to its SoC design; ML inference acceleration for game character behaviour and resolution scaling, two virtualised command streams, and 32b HDR format for rendering, blending and display. 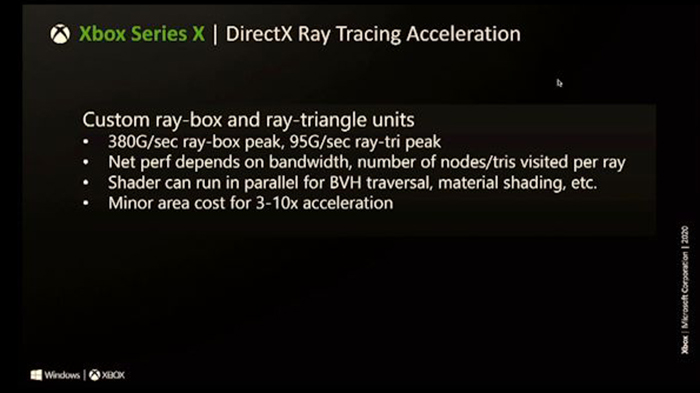 Microsoft uses the SMASH driver model which allows devs to hit the hardware and claims this is more efficient than the PC.