AMD adds RX 5600XT to its Raise the Game bundle 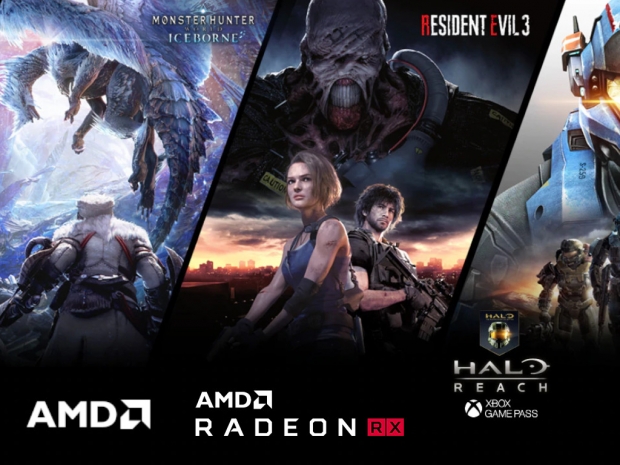 Pulls Warcraft 3: Reforged from the bundle

AMD made a few adjustments to its latest Raise the Game bundle, including the addition of the RX 5600 XT card to the list, as well as pulling Warcraft 3: Reforged from the list.

Back when it was spotted, AMD's Raise the Game bundle only included the Radeon RX 5500 XT and the RX 5700 series cards, but now that the bundle is official, it appears that Radeon RX 5600 XT is on the list as well.

Strangely, it appears that AMD has also pulled Warcraft 3: Reforged from the list, which only affects Radeon RX 5500 XT bundle, but nevertheless, it might something to do with the cutscenes issue and the fact that Blizzard is giving a full refund for the game.

You can find eligible retailers and more details over at AMD's Raise the Game bundle page.

Last modified on 11 February 2020
Rate this item
(1 Vote)
Tagged under
More in this category: « Nintendo kicked in the Switch by Kung Flu Activision Blizzard flees GeForce Now »
back to top