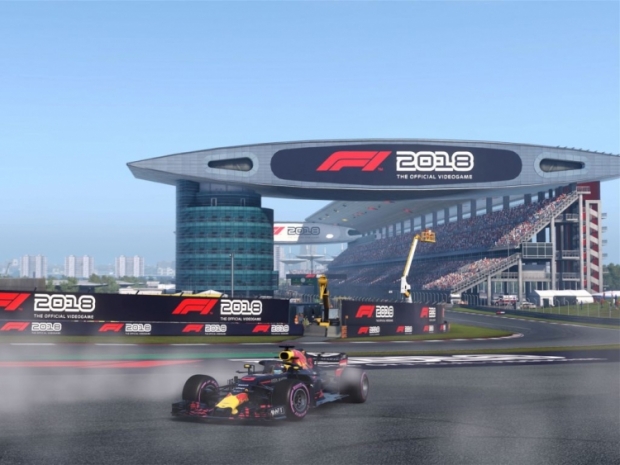 Better hardware for those upgraded visuals

Compared to the previous version, it appears that F1 2018 will need much more CPU performance, as well as a decent graphics card, at least if you want to run it with most eye-candy and at a decent resolution.

Back when it released its earlier gameplay trailer, Codemasters already pointed out it has further updated visuals of the game, with environmental mist, heat haze, track mirage effects, new engine heat haze and more, as well as reworked the physics by using real-world F1 data, which all probably have significant impact on the hardware.

According to details provided on the Steam page, minimum system requirements will include at least Core i3-2130 or AMD FX-4300 CPU, paired up with Nvidia GT 640 or AMD HD 7750 graphics card, and 8GB of RAM. We are not sure which graphics settings is Codemasters talking about but we doubt that this will get you all those new visual elements.

The recommended PC system requirements are significantly higher as it includes a much potent Intel Core i5-8600K or AMD's 2nd generation Ryzen 5 2600X, some of the most popular CPUs on the market. It also asks for Nvidia Geforce GTX 1060 or AMD Radeon RX 580 graphics card, as well as the same 8GB of RAM. 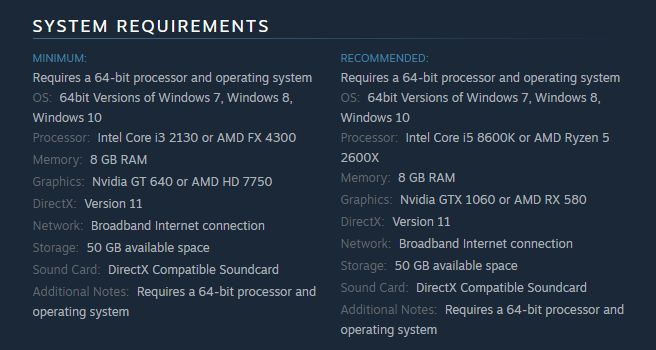 Bear in mind that the game will only work on 64-bit version of the Windows 7, Windows 8 and Windows 10 OS, and you'll need 50GB of free storage space.

As we wrote earlier, the tenth installment in the series will bring a whole new in-depth career mode, 20 classic cars from the history of the sport and more.

Last modified on 08 August 2018
Rate this item
(0 votes)
Tagged under
More in this category: « Fallout 76 to be exclusive to Bethesda.net AMD announces new Raise the Game bundle »
back to top