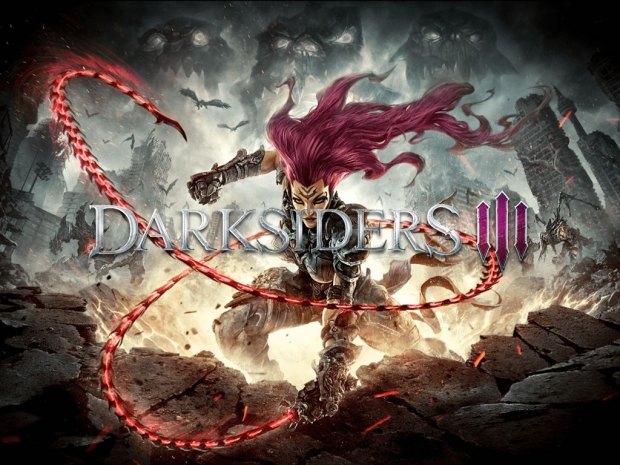 After a leak on the Windows Store, THQ Nordic has now officially confirmed the launch date for Darksiders III, which will be available on November 27th.

The third sequel of the game will put players in the role of Fury, another of the four horsemen of the apocalypse and the game will be coming in a couple of different editions, including the  $149.99 priced Collectors Edition and the US $399.99 priced Apocalypse Edition. The Collectors Edition will get you all the DLCs, like the Deluxe Edition, as well as an 11-inch statue of the Fury, while the Apocalypse throws in statues of all four horsemen, War, Death, Fury, and Vulgrim.

Darksiders III is also now available for pre-order on Steam with the Deluxe Edition available with an extra pre-order discount at $69.99.

Steam also listed minimum system requirements for the game, citing Core i5-2400 or AMD FX-6100 and "recent shader model 5 GPU with 2GB VRAM" as the needed CPU and graphics card.

Of course, official system requirements will be available at a later date from THQ Nordics and Gunfire Games as there is plenty of time until the scheduled November 27th launch.

Last modified on 10 July 2018
Rate this item
(0 votes)
Tagged under
More in this category: « EA's Anthem gets new 20-minute gameplay trailer Darksiders III gets 11 minutes of gameplay »
back to top