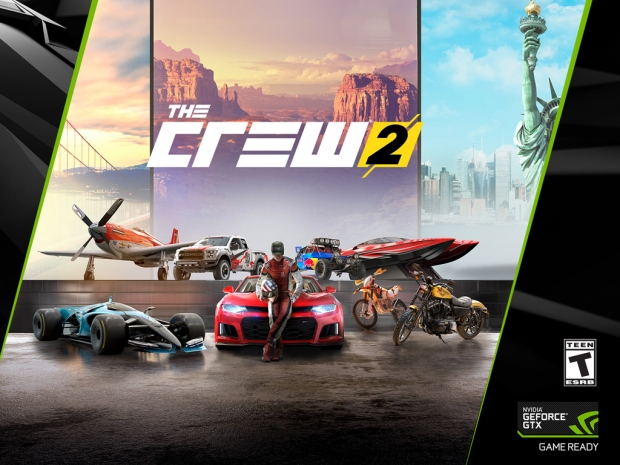 For a limited time and with certain partners

It has been a while since we saw a game bundle from Nvidia or AMD, and Nvidia was first to break that cycle and introduce The Crew 2 bundle with Geforce GTX 1080 or GTX 1080 Ti graphics cards as well as desktop and notebook systems with these GPUs.

As it was the case with earlier bundles, the new "Join the crew" bundle from Nvidia is also available for a limited time and with select retailers/e-tailers, OEMs, and system builders. It includes The Crew 2 PC Standard Edition racing game, which is quite fun and includes a lot of variety with cars, off-roaders, boats, and planes. 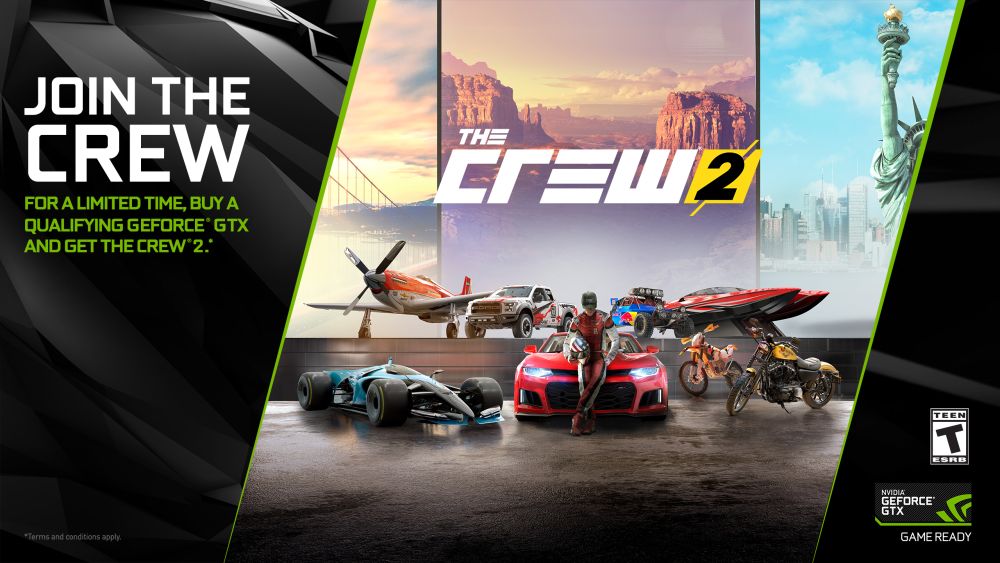 In case you are shopping for a GTX 1080 or a GTX 1080 Ti graphics card, as well as a pre-built desktop or a notebook with those two GPUs, you should check all the retailers/e-tailers, system integrators, and OEMs that are participating in Nvidia's latest game bundle program.

Hopefully, we won't have to wait long for the next game bundle from Nvidia and AMD could start a similar thing as there will be plenty of interesting games at the E3 2018 show which kicks off in a couple of days.