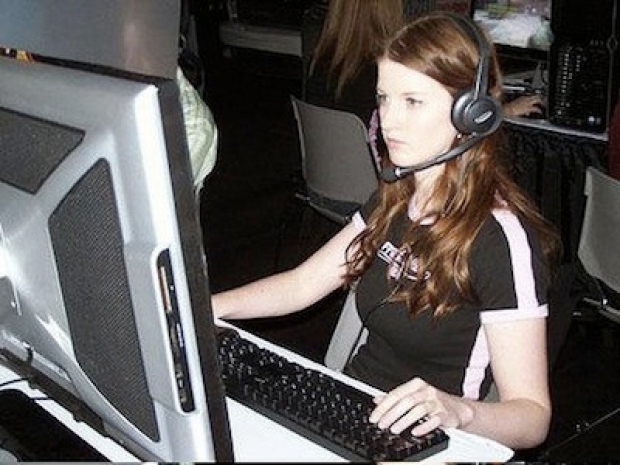 But the PC industry is not ready for them

The stereotypical online gamer is young and male, but smartphones have meant women play more games than men, it is just that the industry mostly ignores them.

Beancounters at analyst outfit Nielsen have done a bit of counting in Australia and found that players are considerably older than expected too. Baby boomers make up nearly a quarter of Australia's 14.5 million gamers — more than any other age category.

Nielsen says there are 1.9 million Australian women over 55 who play online games — and they spent an average of almost 16 hours gaming in December last year.

In December 2017, four out of five online females aged 25-34 years accessed a music streaming service. Streaming is appealing to this audience as it provides new and innovative ways of listening and music discovery - such as music suggestions, playlist creation control, live streaming of events, artist updates, and additional content.

Another example is online gaming, which is driving significant growth in the entertainment category by providing a personalised experience. In December 2017, 14.5 million Australians engaged with the Gaming subcategory (all devices) and surprisingly nine million was via a smartphone. Gaming in this context include games such as Candy Crush, Words With Friends and Pokémon Go. Online Australian gamers spent an average of 12 hours and 44 minutes per person per month in December 2017. Even more astounding is the fact that nearly a quarter of online gamers are aged 55+, larger than any other age bracket. Of the 55+ age group, females dominate the number of players with a unique audience of 1.9 million in December 2017, versus 1.5 million males. Females aged 55+ spent an average of 15 hours and 49 minutes per person playing games in December 2017.

While desktop was the device of choice for the majority of Australians to engage with entertainment content online, mobile devices had the most extended duration in December 2017. Online Australians spent 17 hours and 40 minutes accessing entertainment content on a tablet, 15 hours and 16 minutes on a smartphone and only six hours and one minutes per person on computers during December 2017 - as illustrated in the chart below.

The most popular games among women are Candy Crush Saga, Words With Friends and Pokemon Go. Curiously, though, the PC game industry is not particularly well equipped to deal with this statistic and rather than attempting to lure women players on to a more playable games format with similar games. Instead they trot out the usual fare and anyone attempting to make their games more women friendly receives abuse from socially inept white guys running campaigns like gamergate.