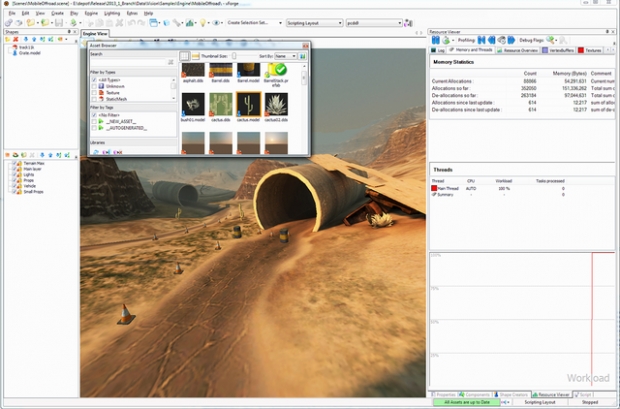 Software giant Microsoft has bought Intel's video game engine company Havoc as what is being seen as a development of its games empire.

Havok is a middleware software provider specialising in 3D physics for Intel video games. It is not clear how much Redmond paid for the outfit.

Microsoft said that it will continue to work with developers to create great gaming experiences, and continue to license Havok's development tools to partners.

"We believe that Havok is a fantastic addition to Microsoft's existing tools and platform components for developers, including DirectX 12, Visual Studio and Microsoft Azure."

Havok's cross-platform technology has featured in over 600 video games, including Microsoft's own Halo game series. The company has also partnered with rivals Sony and Nintendo, as well as major publishers, including Activision, Electronic Arts (EA) and Ubisoft.

Microsoft said that the sale will help building a more complete cloud service, which we've just started to show through games like Crackdown 3.

Crackdown 3 is an upcoming title from Microsoft Studios which will put Xbox One players in expansive, fully-destructible environments. The game's rendering and physics calculations in the resource-intensive multiplayer mode will be aided by Azure's cloud servers.