No longer in beta


After spending some time in beta, Steam for Linux finally got its official launch with a full catalog of Linux compatible games.

Steam for Linux is supposed to be an integral part of Valve's rumoured Steam Box and despite the fact that there are currently only 57 Linux-compatible games on sale that are not exactly AAA titles, it is still the right way to go for Valve and Steam.

These 57 games will also be on sale until Thursday, 21st of February and include titles like Valve's own Half-Life, Counter Strike 1.6, Counter-Strike: Source and Team Fortress 2 (players getting the Tux Linux mascot) as well as Amnsesia: The Dark Descent, Serious Sam 3 BFE, Penumbra, and much more.

The Steam for Linux client will include Steam's recent Big Picture feature in case you want to use it on a big screen and game controller.

You can check out more over at the Steam website. 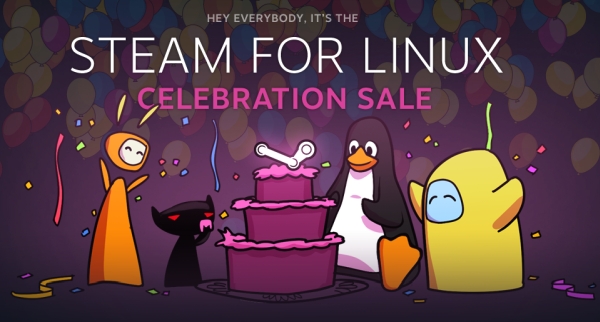 Last modified on 15 February 2013
Rate this item
(0 votes)
Tagged under
More in this category: « Wargaming acquires Gas Powered Games Developers pulling back on Wii U »
back to top