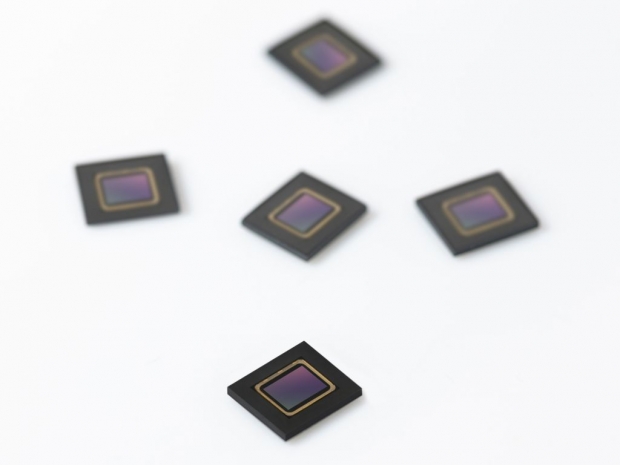 Might be a part of a big deal with Tesla

Samsung has unveiled its latest image sensor, the ISOCELL Auto 4AC. Unlike earlier Samsung camera sensors, this one is designed exclusively for cars, and might got Samsung a big deal with Tesla.

According to details provided by Samsung, the ISOCELL Auto 4AC image sensor is designed as "a viewing camera sensor for surround view monitors or rear view cameras in automotives, and thanks to the so-called "CornerPixel" solution, it allows an enhanced field of view for safer driving.

The sensor actually embeds two photodiodes in a single-pixel area, a 3.0µm for low-light operation and a 1.0µm one placed in the corner for brighter environments. When combined, these two photodiodes capture images with different exposures and provide sharp HDR images with minimal blur, as well as minimize LED flickering by adjusting exposure time on the smaller photodiodes.

The sensor itself is a 1/3.7” sensor with 1.3 MP resolution, meets AEC-Q100 Grade 2 requirements, making it suitable for usage in wide temperature ratings, and comes with an integrated ISP. 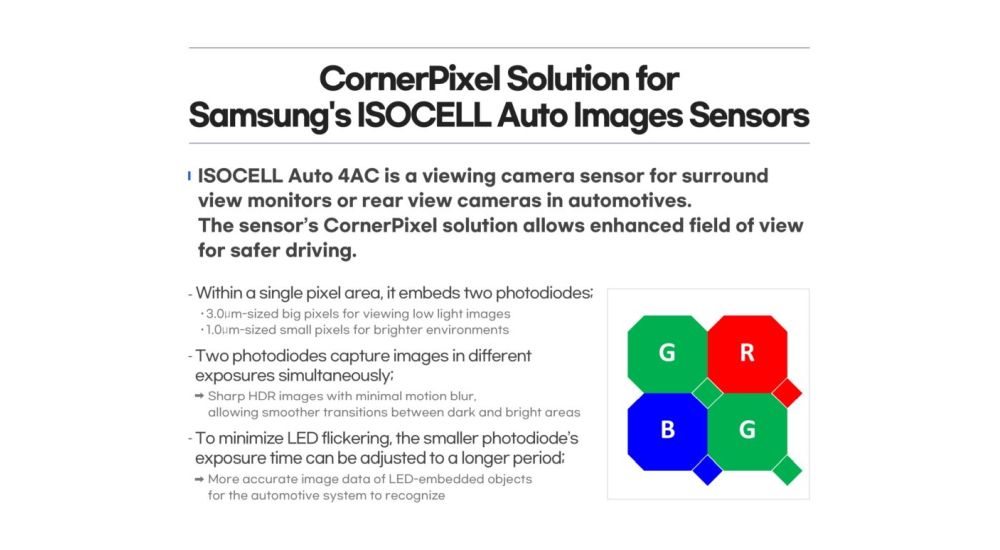 According to Samsung, the ISOCELL Auto 4AC is already in mass production, and the company was keen to note that this sensor is not meant for autonomous driving and other usages. 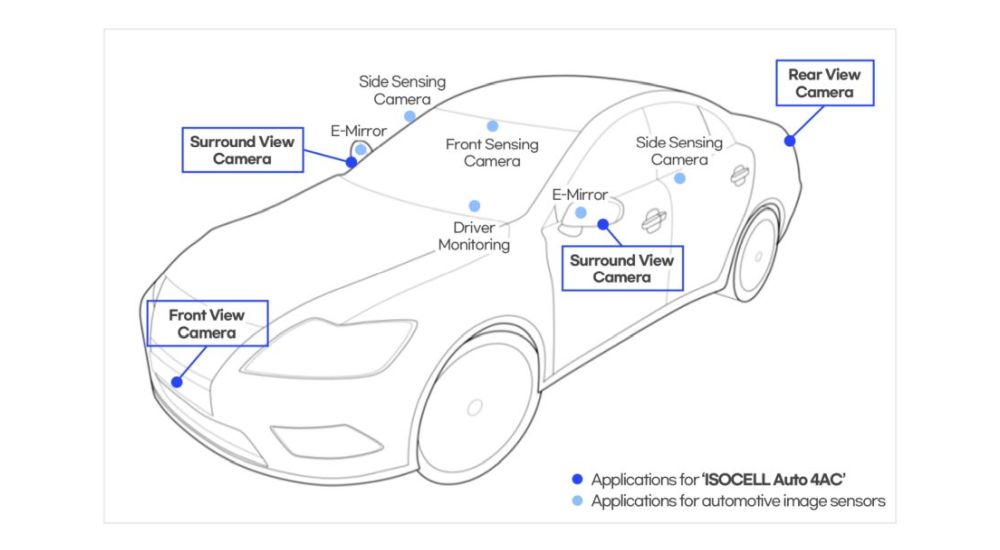 According to The Korea Economic Daily, the new sensor is a part of a big deal ($436 million one) between Samsung and the "top US EV maker", which is probably Tesla and its upcoming Cybertruck. This was not a hard guess as the Cybertruck lacks side mirrors, and has plenty of cameras integrated all around.

This move from Samsung puts a lot of pressure on Sony, which has been covering that market for quite some time and is considered a market leader in the image sensor market.

Last modified on 14 July 2021
Rate this item
(2 votes)
Tagged under
More in this category: « Croatians take over Bugatti Boeing suffers problems with its Dreamliner »
back to top